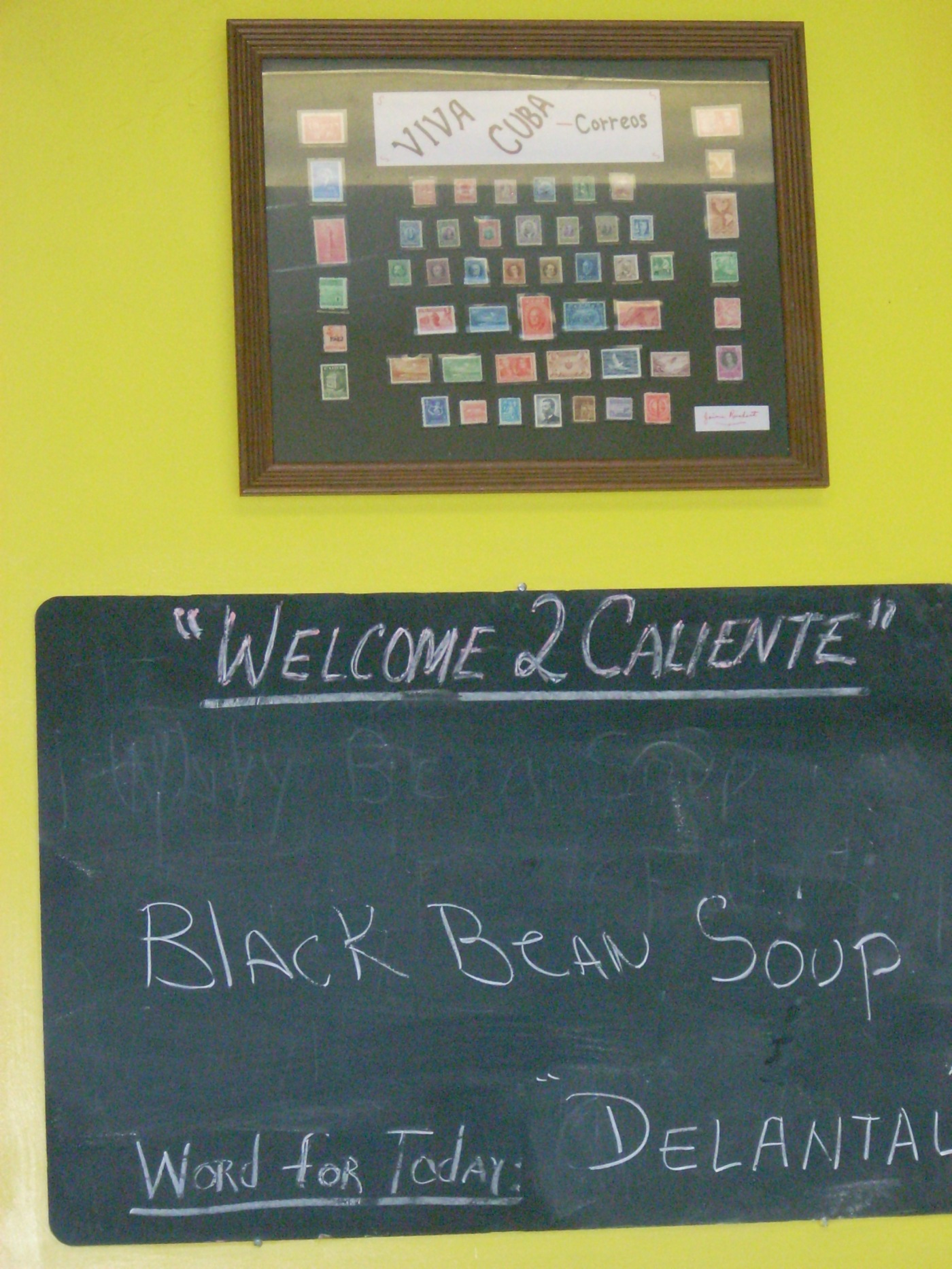 One of the joys of writing is doing restaurant reviews for travel-oriented publications. Here is a review published on the Fort Wayne Insider blog in 2013. Dozens more of my blog posts about entertainment and fun experiences in Fort Wayne are published here: http://www.visitfortwayne.com

**
My first experience with Caliente Restaurant, which may be the only place in Fort Wayne that serves Cuban food, was a strange one. After listening to my friends rave about this small café located next to Park Center on East State Blvd, my husband and I decided to check it out one Saturday after doing errands. It was 5:00 pm so well within their advertised hours of operation.

Unfortunately, the restaurant was closed. “We ran out of food at 3pm!” a man who was sweeping inside shouted through the door.

Now I’ve heard of restaurants having to close early in countries like Cuba, for example, where food is rationed. But I’ve not heard of it happening often in the United States.

Thankfully, I know now why the owners ran out of stock. I decided to give the restaurant another chance and returned a week later (but earlier in the day!) to eat a meal of hot bean soup, plantanos (fried mashed bananas), and a Cuban sandwich. Total cost—under $10.


My, but it was bueno! I know now from the delicious tastes and steady stream of customers who came into the restaurant why the owners, Gustavo and Yalili Rodriguez, had run out of food. It was not due to rationing but because their food is so great tasting!

Seriously, the steam rising from the black bean soup was a comfort to see as outside the temps were well below freezing. It tasted slightly tangy but not too hot. I don’t like jalapenos and didn’t want them in the soup or on my sandwich.

I’m not much of a pickle eater but the tang from the pickle as it melded with the cheese and meats was delicate and refreshing.

And the plantanos – I could have used a little bit of a seasoning on them, but they were an interesting addition and one I’d recommend. There is only one in the photo because I could not wait to try one before snapping the shot.

The décor is simple but clean and interesting. A small board lists the word for the day. On the day I was in it was ‘Delantal’. When I asked Gus what it meant, he pointed to his apron. Cute!

There is a Cuban stamp collection hanging on the wall, along with artwork depicting Cuban culture. Another sign says ‘A different place to warm up your taste.’

I give the owners credit for also establishing an online presence with Facebook and Twitter accounts, a website and email address. They are sure to attract even more business by getting their name out there. Caliente, which means warm in Spanish, is well on its way to becoming a popular place to get a quick, and economical delicious lunch in Fort Wayne.

Reading my books based on interviews with 260 #wwii vets will fill you with patriotism & a desire to help others. Why not give one to a friend for a gift & get 1 for yourself. You deserve it! Available on Amazon or directly from me. Order soon!
Family stockings made by Mom- too precious to stuff with goodies so we hang to admire them.
My Wwii books provide readers with true stories about how young men/women helped save the world from tyranny. Available on Amazon. Large print. Dozens of photos. #iloveusa #patriotism #christmasgifts #christmas2021