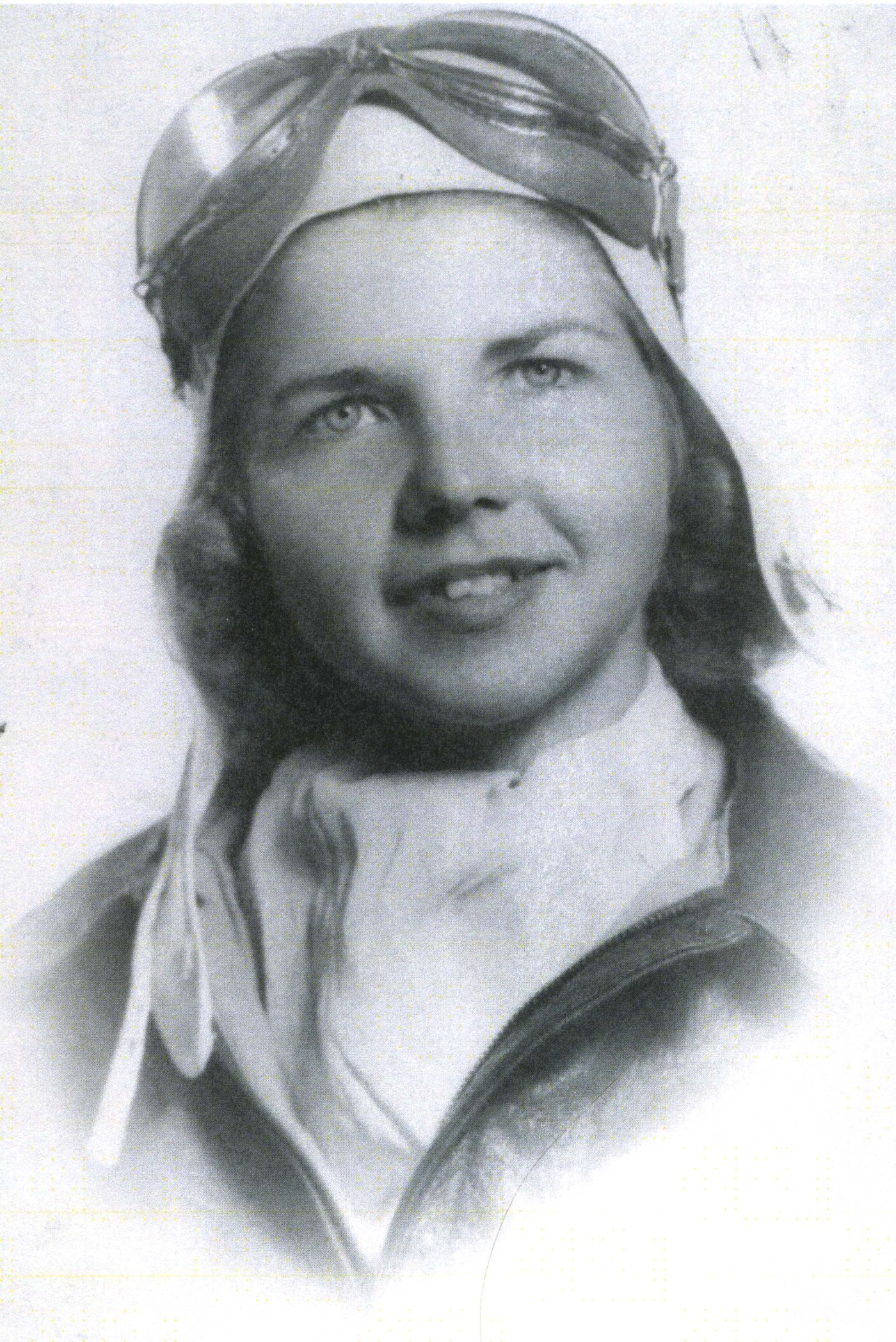 One benefit of interviewing World War II veterans is the opportunity to develop friendships. My husband and I consider Marty Wyall a friend. Below is a shortened version of her story from my book, WWII Legacies: Stories of Northeast IN Veterans. You can hear Marty speak about her World War II experiences here. She’s still a spunky gal!

Mary Anna (‘Marty’) Martin Wyall of Fort Wayne learned about the WASP program from a magazine ad while studying bacteriology at DePauw University in 1942. The idea of flying intrigued her. “There was a war on and I wanted to help my country,” she said.

Her family was not keen on the idea. “Mother thought it was morally wrong for me to join the WASP,” she said. “She came from the Victorian era. I told her she would have to accept it because if I was accepted, I planned to work hard.”

Each WASP was required to have 35 hours of flying before joining the program. Wyall paid for her private flying lessons after graduating from DePauw and while working in the serology lab at Eli Lilly in Indianapolis.

Among the 25,000 applicants for the WASP (Women Airforce Service Pilots) during WWII, Wyall, who lived in Indianapolis at the time, was one of 1,830 women accepted and one of only 1,074 who completed the program.

Pictures of Fifinella, a female gremlin designed by Walt Disney to depict the WASP.

Each WASP learned military protocol and procedures. They also were taught to fly a PT17, Stearman open cockpit, BT13 and AT6. “The AT6 was wonderful because it had a canopy,” said Wyall. “When I flew the Stearman, the wind whipped the scarf across my helmet and goggles.”

The training was nearly identical to what male pilots had completed, including learning to fly in inclement weather and at night. Before earning their wings, each woman completed a 2,000-mile solo cross-country flight.

Wyall’s class graduated December 7, 1944. Two weeks later, the program abruptly closed. “Some people believed the war would be over soon,” she said. Today, you can visit the WASP Museum at Sweetwater.

Male pilots who had flown dozens of overseas combat missions arrived home, ready to resume their flying assignments. The WASP, the nation’s first group of skilled female pilots trained to fly American military aircraft, was sent home, all paying their own way.

Back in Indiana, Martin flew as a commercial pilot for businesses. In 1946 she married Eugene Wyall and they became parents to five children. Eugene died in 1993.

The efforts of the WASP went unnoticed until 1977 when President Jimmy Carter signed a law stating they could be recognized as veterans of WWII.

In March 10, 2010, Wyall and the other WASP were awarded Congressional Gold Medals for their service at the Capitol in Washington D.C.

In 2010 the Indiana State Museum organized an exhibition of Wyall’s military experiences. The exhibit highlighted Wyall’s training and involvement as a WASP and featured her military effects and Congressional Gold Medal which she loaned to the museum. The museum also provided some photos of Wyall for my book. 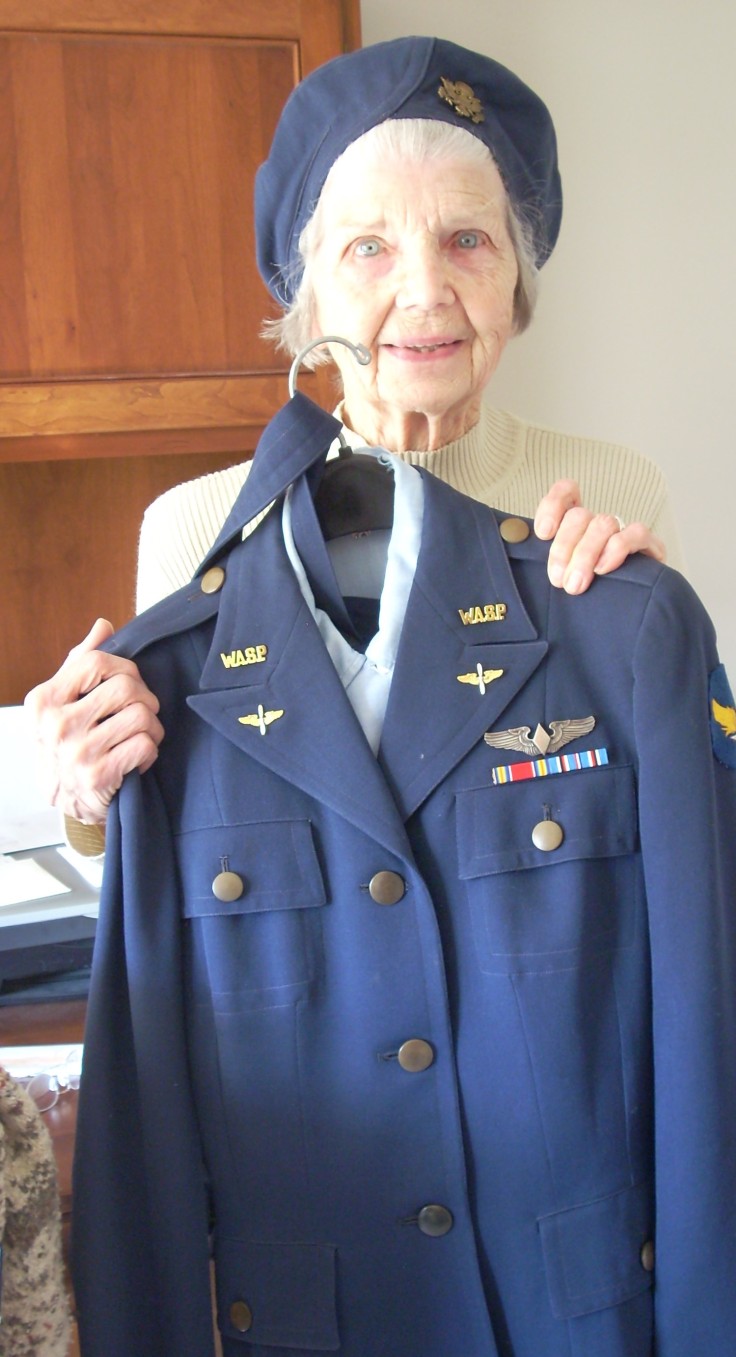 “We WASP didn’t care about the pay or recognition,” said Wyall. “We just wanted to help our country win the war.”

42 thoughts on “This WASP Couldn’t Wait to Fly”