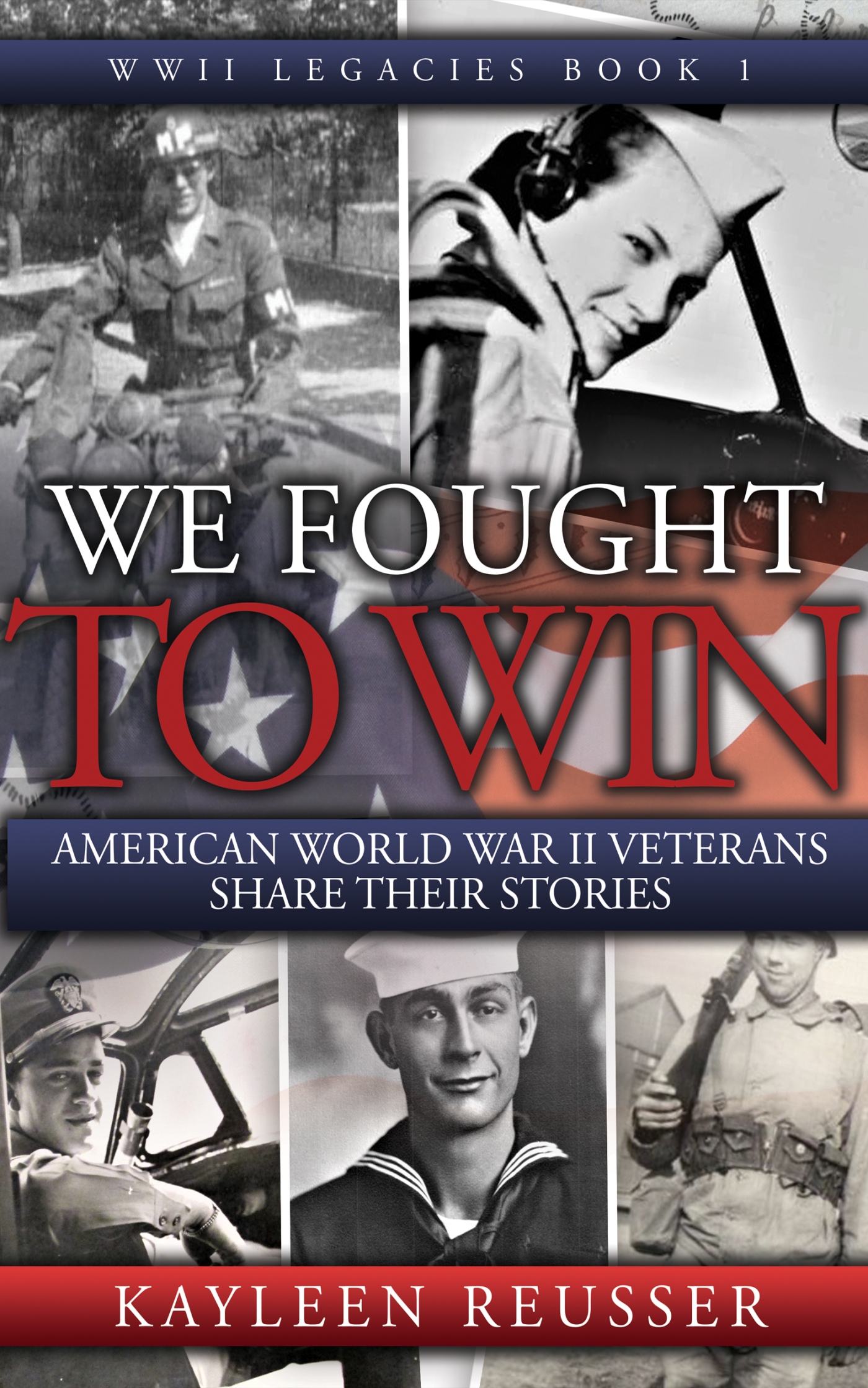 What was it like bailing out of a plane that exploded over the ocean in the dark? How terrifying was it to crawl through sand while bullets whizzed overhead? How did it feel to shake hands with President Roosevelt?

In interviews with veterans of the U.S. Army, Navy, Marines and Army Air Corps Kayleen Reusser describes events that occurred more than 70 years ago. These include stories of D-Day, Battle of Attu, Iwo Jima, Battle of the Bulge, Remagen and Operation Market Garden, among others.

Stories of women who served in the Women’s Air Service Corps (WASP) and Women’s Army Corps (WAC) are included.

These personal details from men and women in various military branches convey the challenges of serving one’s country at home and in dozens of countries from 1941-1945.

Completing basic training and being shipped overseas with thousands of strangers were some of their first experiences in maturity. Many were thrust into the heat of battle and other life-threatening situations.

The result was the discovery of courage few knew they had.

These character-building experiences would stick with them for the rest of their lives.