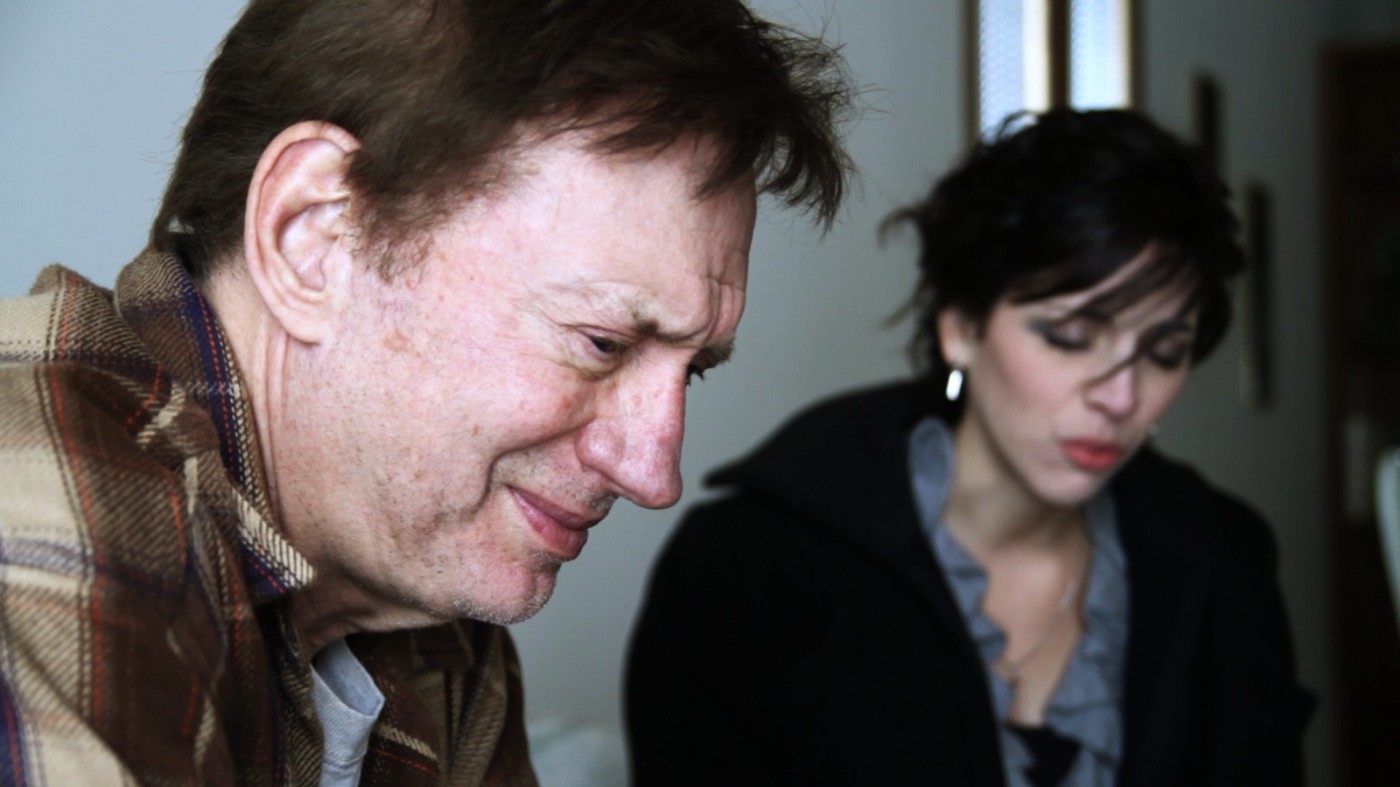 As I’ve said before, a writer always keeps her eyes/ears open for ideas. This applies to Facebook. When my friend Larry Bower posted about his acting involvement with Blended Planet Pictures recently, I found out what this new organization is and how it is attempting to influence US culture with family-friendly films.  After reading this article, feel free to leave a comment about your views on Christian films. Do you support them by renting/buying them? Do you believe we need more of them in society? Why or why not?

Here is a note from David Weese, BP writer/producer about the photo: “Larry Bower and Shelby Lynn are each morning personalities on different Christian radio stations in Fort wayne (Star 88.3 and WBCL FM 90.3). They had never met prior to working together in this film, a paranormal mystery entitled “Out of Time”. They both did a super job in a very emotional scene and really played off of each other well.”

Could Fort Wayne be a hub for the creation and distribution of original Christian films?

Premier Media has been in Fort Wayne since 1991 when Weese moved here from Lansing, Michigan. He started the company, which produces messages on hold, radio jingles, corporate video projects and website designs.

In 2006 Weese founded Blended Planet Pictures, a wholly-owned subsidiary of Premier Media Design, after writing and producing a film called “The 18 Month Window”. “It is a faith-based family drama without the typical in-your-face message about Christianity,” said Weese who attends Wallen Road Baptist Church.  As much of the filmmaking industry seems diametrically opposed to the support of Christian beliefs, Weese is unapologetic in his mission as a film maker to create movies that will lead people to God. “This is one way we can evangelize the world, sanitize the culture, and encourage the church,” he said. “We provide non-offensive entertainment that may not win Oscars, but our films are safe ways to unwind and be uplifted. We want to encourage people in their Christian faith.”

Natalie Weese, 19, is, according to her father, an accomplished vocalist, actress, and film editor. “She is taking one year off from college at Ivy Tech to make movies with me,” he said.

So far, Dave Weese has relied on mostly local acting talent for his films. Well-known local actors Larry Bower and Scott Nedberg are some who have had roles in Weese’s  films (Both men acted in Weese’s latest film, a paranormal thriller he wrote called “Out of Time”).

After writing “Out of Time”, Weese contacted Trinity Broadcasting Network (TBN) to see if officials might be interested in distributing the film. The answer was no.

Then, in November 2010, officials at Parables HD (http://www.parables.tv/) contacted Weese to inquire about using his film. Weese was thrilled. “They wanted to fund more faith-based films and liked what I was offering,” he said. “This is exciting because this network is the world’s first 24/7 Christian movie channel.”

Better yet, Parables seeks to make its content available to other networks, such as American Life TV, Daystar, and God TV. In Fort Wayne viewers can see “The 18 Month Window” on American Life Network (ALN, local FIOS channel 248).

“The Studio”, a romantic comedy written by Dave Weese, is in the final stages of post production and slated, like “Out of Time”, to air in 2011.

By connecting with Parables, Weese’s films can be seen by 100-200 million families. Yet Weese is cautious in translating those numbers. “The Christian market for family-oriented films is growing,” he said. “but we’re not sure of actual numbers of viewers because the films are spread over different channels.”

Having already achieved much working in a Midwestern middle-sized city with a modest budget, Weese’s next challenge is to see his films available in most American homes. The task looms large, but Weese is optimistic that Fort Wayne could be a launching pad for Christian film making.

“I don’t know why I can write music or screenplays, but I’m trying to be the person God made me,” he said. “He is opening exciting doors to do His work and I’m hunkering down and do the work.”

For more information go to http://www.BlendedPlanet.com or connect with Blended Planet Pictures on Facebook.