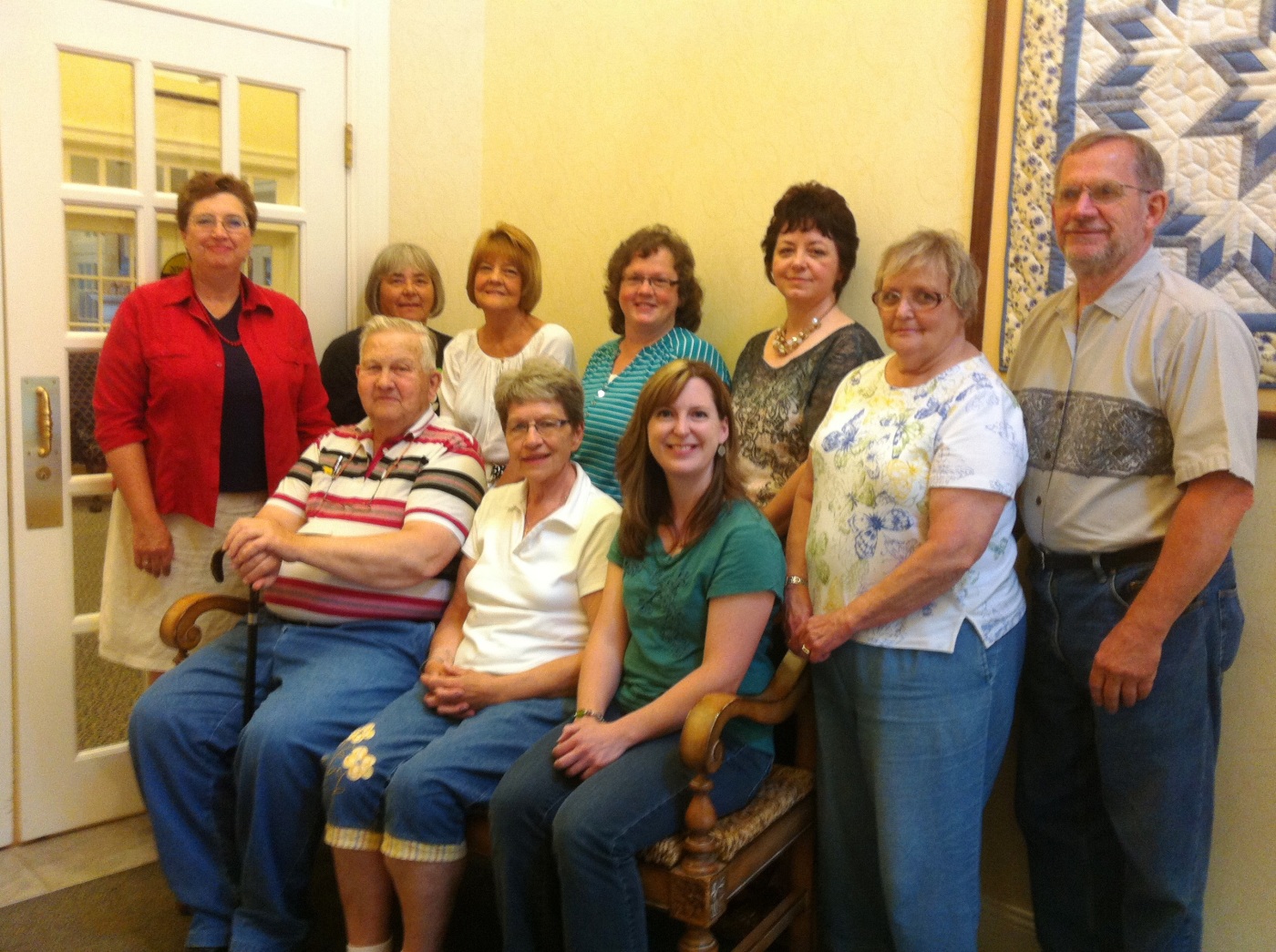 People often ask me what is something they can do to promote their writing career. I always advise them to meet regularly with other writers.
The reasons are myriad. I help lead 2 Christian writing clubs and belong to several others that I attend as time permits. Due to time constraints, for me the most conducive way to meet with writers is usually as a group. There are other advantages to meeting as a group as well.

River Terrace Estates, a retirement community located outside of Bluffton, has allowed the Bluffton Christian Writing Club to meet in its library each month for five years. We have given them thank you notes and homemade treats in appreciation.
Our group numbers 3-10. We cancel in January & February due to weather and we continue to meet in the summer. Rhonda Maller is the other co-founder of this group.

We meet the second Monday night of each month at 6:30 pm.

The Ft Wayne (IN) Christian Writing Club meets at Waynedale Public Library in Ft Wayne Indiana. We have to check in with the Circulation staff to keep our name on the book for the room for 3 months out. Since our group numbers as many as 15 people, the meeting room, which has plenty of space/chairs, is always helpful.

We don’t have time restraints at the nursing home, but because the library closes at 8:00 pm, we meet at 6-7:30 pm on the fourth Tuesday night of each month.

An advantage to meeting at the library is having access to Wifi during the meeting to look up info like writing conference details. Of course, the books in the library are also handily available. Our larger group has sometimes necessitated us breaking into small groups to take turns reading our selections and sharing critiques.
At both groups we open each meeting with prayer and encourage kind comments throughout. We also limit the time for each person to speak to allow every member who brought something to read to have time.
Our focus for each group is to share writing that honors God. No pornography, swearing, or other inappropriate content is allowed.
Both groups are the result of a group I joined as a brand new writer in the 1990s in Ft Wayne—Ft Wayne Christian Writing Club. We met on the northwest side of Ft Wayne and was led by Linda Wade.
I had never written anything and was terrified to go to the meeting alone but made myself because I wanted to write so badly. Everyone was so helpful and friendly and encouraging. The group broke up several years ago and I miss it.
Just to give back to the Ft Wayne community I decided to form a similar group in Bluffton and Ft Wayne. It’s a joy to lead both groups.

We don’t take dues and most of us don’t see each other outside of the meetings, but I think we’re becoming good friends.
If you’re a writer, you probably belong to at least one writing club. If not, I encourage you to look for one in your area. You’ll be surprised at the help you’ll receive.
What writing group do you belong to and what has been the biggest advantage to you from belonging?