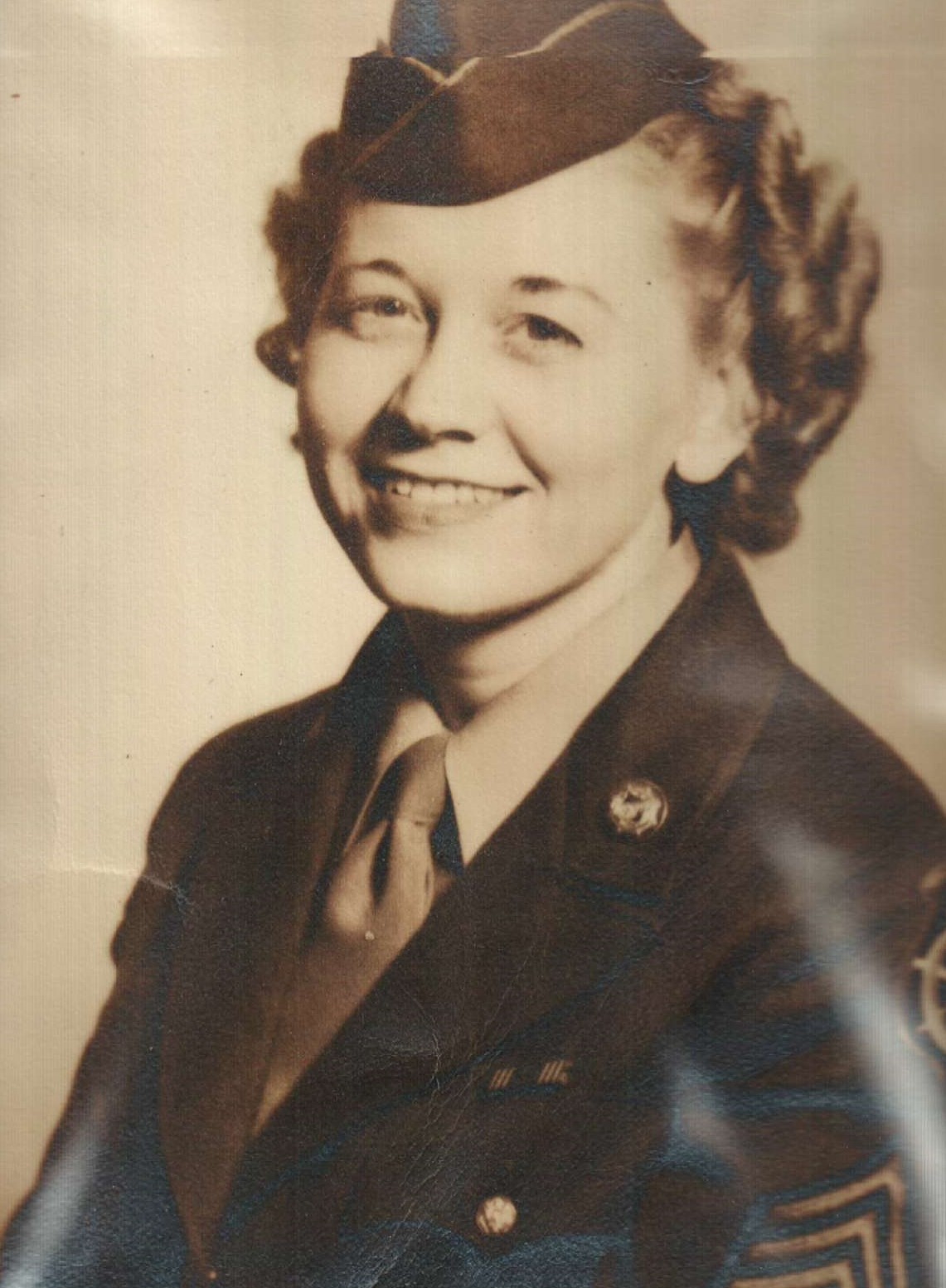 After Japanese forces bombed Pearl Harbor on December 7, 1941, Charlotte Koch of Urbana, Indiana, wanted the opportunity to help her country in time of war. She didn’t realize she would have to fight her own countrymen in doing so.

Born in 1918, Charlotte worked at Meyers Brothers Drug Company in Fort Wayne, Indiana, until the US declared war on Japan and Germany. By February 1942, she had enlisted in the newly-formed Women’s Army Auxiliary Corps (WAAC). “I was willing to do whatever was needed to help,” she said.

Her parents were happy for her decision. “They thought the Army would teach me to take orders,” she said.

While completing basic training at Ft. Oglethorpe in GA, Charlotte learned from letters from friends and family that the FBI was asking questions about her. She had no idea the reason.

After basic training, Charlotte learned basic office skills for her new assignment in Seattle. The Army had recently opened a Port of Embarkation where troops left for war in the Pacific. As receptionist in an office on the base, Charlotte worked from 8am-5pm five days a week.

The women were billeted at local hotels with two Army cots — no beds – per room. “The WAAC program was so new that we helped set up our bunks,” said Eisenhart.

The standard pay for a WAAC was $21 per month. “I didn’t need much money because we were given food and clothes,” she said. “I sent extra money home.”

Shortly upon arriving in Seattle, Eisenhart discovered why the FBI had asked questions about her. “I was given a job which required me to handle classified documents,” she said. At one point Eisenhart saw the words ‘Manhattan Project’ stamped on papers that came across her desk. “I knew it was important but I didn’t know what the term referred to until much later,” she said.

Handling classified documents was not the only challenge to Eisenhart’s job. She and the other women felt they were viewed suspiciously by male soldiers and even civilians. “They didn’t think women should wear a military uniform,” she said. “We had to learn to live with that.”

On August 31, 1943, the WAAC service disbanded. The WAAC’s were dismissed, but those who wanted to re-enlist could do so the following day in the new Women’s Army Corps (WAC). Eisenhart was one of more than 45,000 WAACs who re-enlisted.

Along the way, Charlotte fell in love with Army soldier Russell Eisenhart, a native of Pennsylvania. Russell drove the bus that took the WACs home each day.

Sergeant Koch was discharged in January 1946. She and Eisenhart, who was discharged the following month, were married in April 1946. The couple lived in Fort Wayne where Russell worked as a truck mechanic. They were parents to one son.

Other than the sometimes negative attitudes she encountered about being a female in the Army, Charlotte Koch Eisenhart enjoyed military life. “It was a challenge and I enjoyed meeting people from around the country,” she said. “The war united us as a nation. The entire country fought with sacrifices. We all worked to make sure we’d win.