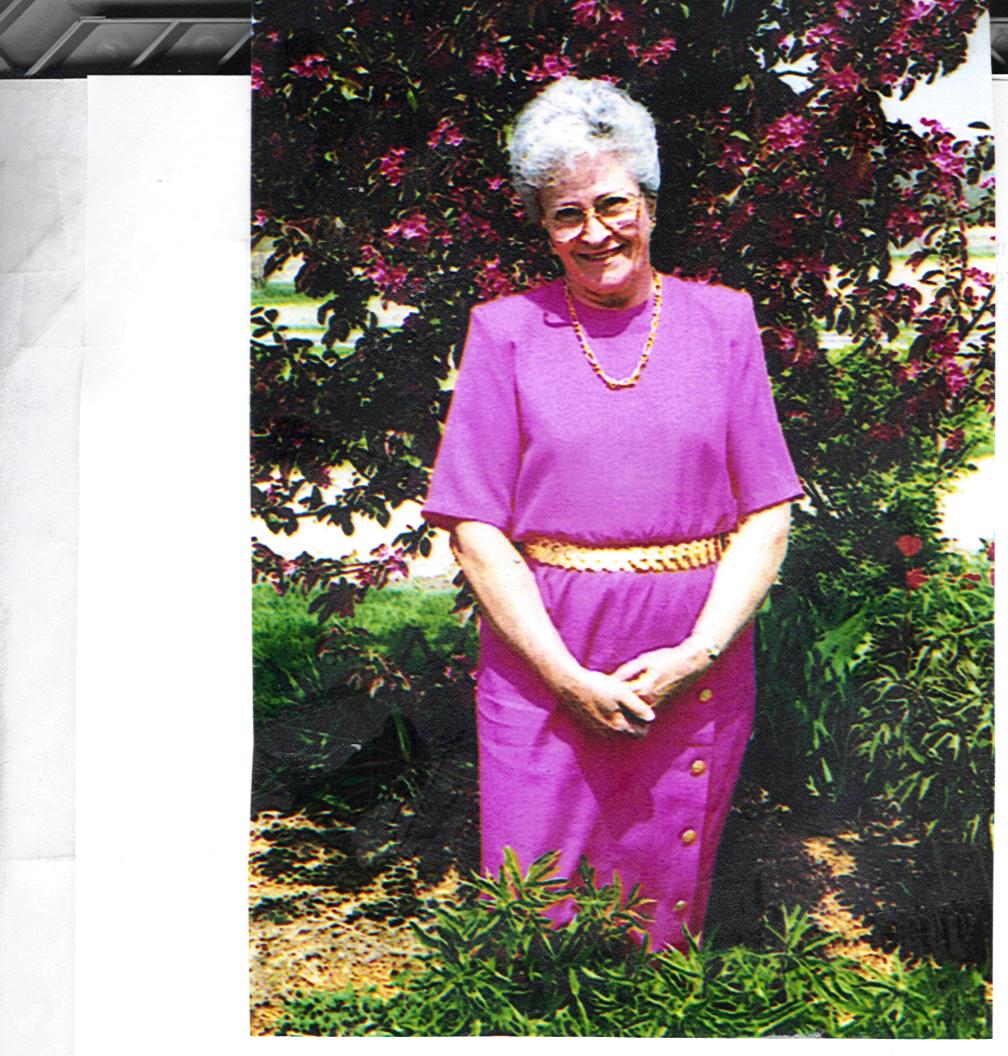 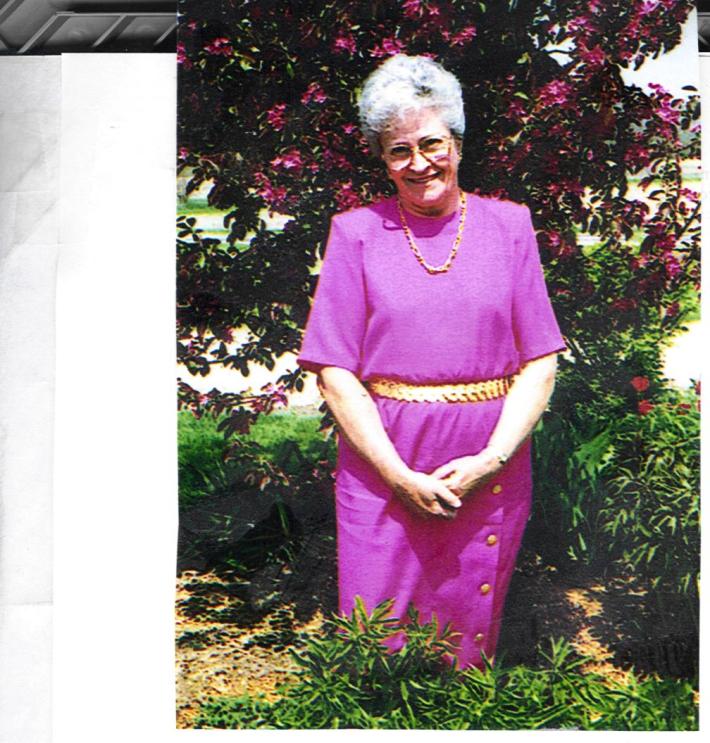 caption: My husband’s favorite photo of his mom standing in her garden.

Today is the anniversary date of my dear mother-in-law’s passing. I think she was the greatest mother-in-law in the world, especially as I’ve gotten older and learned to appreciate her role more. She had eight children and at her death they all mourned for her and still remember her with love today. That devotion is not to be taken for granted. I think, despite a childhood that was less than satisfactory, my mother-in-law grew to be a loving wife and mother.

Working in a public middle school and hearing some sad stories about neglectful parents makes me realize your own upbringing does not have to determine who you become. If you want to be a loving mother, you can be with God’s help. My mother-in-law loved God with every bit of her being and she showed it in so many ways to others. She baked delicious rhubarb cream pies, often in the middle of the night when her pain from cancer would not allow her to sleep. She eventually died of liver cancer on Mar 6, 1999.

caption: Our kids Christopher and Lindsay giving presents to Grandma Jane on her birthday.

Her grandkids sure knew they were loved too. We lived next door to them for many years and the kids were always welcome at Grandma’s house to play in the basement, help Grandma in the garden or bake cookies.

I often questioned why God would take away such a loving influence in their lives. She was 74 years old when she died and had several young grandkids around her. But we know she is in Heaven and smiling down on her brood today.

If anyone who remembers Jane Reusser would like to comment here about what made her special, that would be a nice tribute to her.

5 thoughts on “Leave a Comment of Tribute about Jane Reusser”