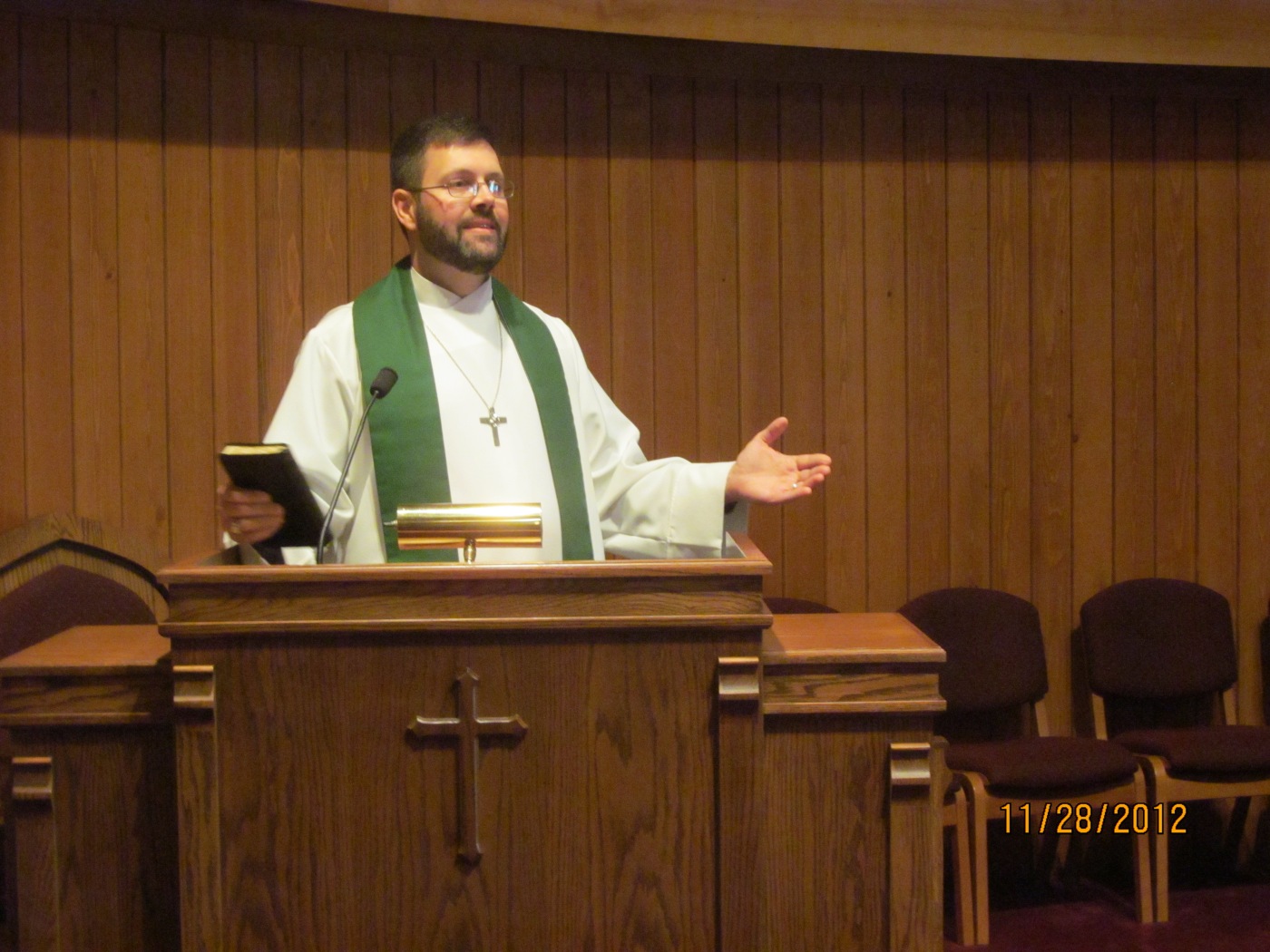 For the past year I’ve interviewed pastors of local churches as part of a new weekly column established by my local newspaper. This story was one of those columns. I particularly like the fact that members of the congregation have dedicated themselves to reading to children at a local school. What a vital part of the community’s needs they are addressing! Schools cannot keep up with the number of children who need read to/with. This church is helping. What can you /your church do to help children in your community?

The church, which averages 80 in attendance at worship services, approved a new outreach ministry of ‘adopting’ Lancaster Elementary School students. “We will volunteer at Lancaster in whatever ways are needed,” said O’Neal. “We will read to children, make copies for teachers, and provide refreshments for evening functions.”

Since he and his wife Amy moved their family to Bluffton in 2010, their children — Mary Grace, 14, and Andrew, 11 — have attended Norwell schools. Andrew attended Lancaster Elementary School. “I know it is a good school system and we want to support it,” said Jerry O’Neal.

A North Carolina native, O’Neal attended West Point Military Academy as a cadet after graduating from high school. The military bent was a family tradition. “Both of my grandfathers served in World War II,” he said. “One graduated from West Point. An uncle and I served together at Fort Bragg in Texas and Dad served in the National Guard.”

After graduating from West Point as an officer, O’Neal spent seven years with the Army Corps of Engineers. In 1994 he was deployed to Haiti for six weeks. His last position before being discharged in 2001 was of company commander for the 4th Infantry at Fort Hood.

Before his discharge O’Neal had thought of changing careers to become a pastor. “It was in the back of my mind since high school,” he said. “While in the military, I always attended church and served as the organist at an Episcopal church when stationed at Fort Bragg.”

Still he put it off. After his discharge, O’Neal earned a Master’s degree in operations research for math modeling. He worked a year for Delta Technology solving problems in logistics and transportation, then was employed for four years at Air Force Institution of Technology at Wright Patterson Air Force Base in Dayton, Ohio.

He taught math at Capital University in Columbus, Ohio, then pursued post-doctoral research. Though O’Neal was highly skilled in the sciences, he realized he would never be truly content until he followed his heart. “It finally seemed like the right time to become a pastor,” he said. “I was at the time of my life where I could see myself doing it long-term.”

With Amy’s support O’Neal attended Trinity Lutheran Seminary in Columbus. Upon graduating from Trinity in 2010, Jerry O’Neal accepted the call to minister at Calvary Lutheran Church in Bluffton.

Calvary Lutheran Church’s Sunday school classes meet at 9:00 a.m. and a worship service is held at 10:00 a.m. A Catechism confirmation class meets weekly for middle schoolers. “It is a three-year process during which they learn about the Bible and Lutheran theology,” said O’Neal.

The Youth groups of Calvary Lutheran Church and St. Mark’s Lutheran church in Uniondale are led by Erin Raatz. “They meet together for Bible Studies and take summer mission trips,” said O’Neal.

Proceeds from rummage sales held at the church in April and October are distributed to local ministries, including The Closet which provides clothing for people in Bluffton.

O’Neal is thrilled with the church’s response to him, his family and the church’s goals for its future. “The congregation has welcomed us with open arms,” he said. “The church is willing to set goals to strengthen its impact on the community of Bluffton. We feel God has led us here.”