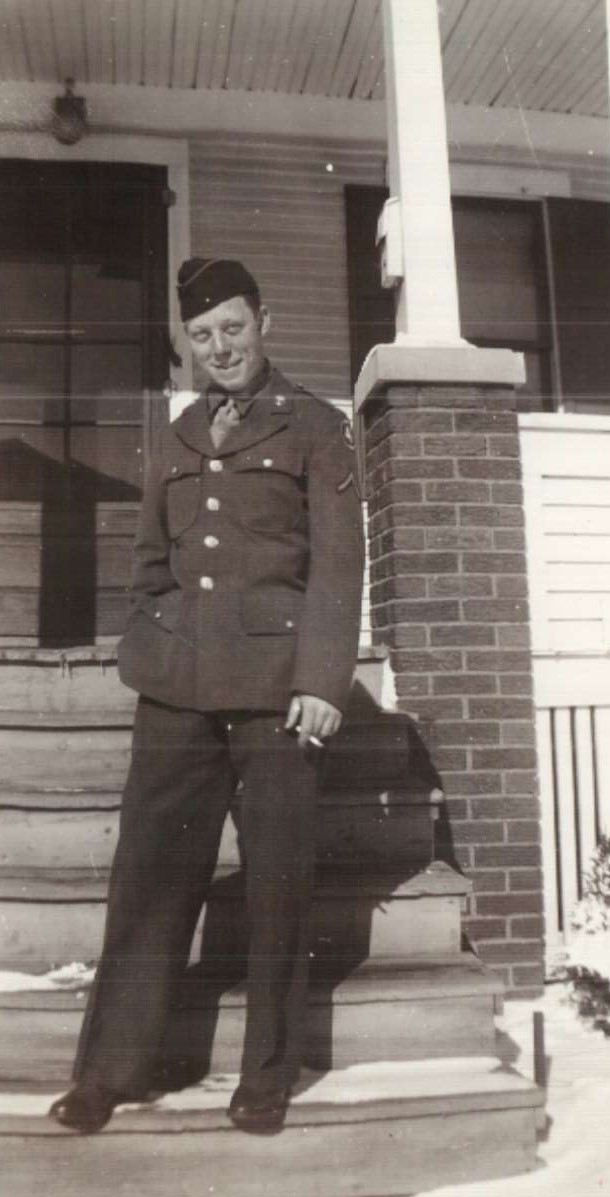 This is the first of what I hope will be a blog/ email newsletter. Some authors have both a newsletter and blog. Due to time constraints, I will add more information to my blog posts to create a type of newsletter that will be sent to email subscribers. By combining them I hope to allow more room for interviewing vets!

This format may evolve over time. Please let me know suggestions for improving this blog devoted primarily to World War II. Thanks for your interest in our nation’s oldest vets and their stories.

To give those of you an idea of my WWII book’s contents I’ll include a portion of one veteran’s story in each post. The first is taken from Robert ‘Red’ Batchelder:

‘…He was a member of the 457th Medical Collecting Company. “We collected injured and dead bodies on the battlefield,” said Batchelder.

Batchelder’s division supported the 82nd airborne division. The 82nd’s most ambitious operation of the war to that point was the airborne assault phase of Operation Overlord, or D-Day.

On June 5 and 6 and days following, paratroopers, parachute artillery elements, and other troops boarded hundreds of transport planes and gliders (engineless aircraft towed into the air to their target by military transport planes) for the assault on the shores of Normandy France.

German troops hid in casemates and hedgerows eight feet thick. Casemates were fortified gun structures from which guns were fired. Hedgerows were maze-like structures that housed machine guns and other firepower. For five days, Batchelder and other medical personnel treated casualties in a 12’x 20’ tent for a temporary field hospital. “We used morphine as penicillin was not yet readily available,” he said…

This interview was done at Bob’s home in 2013 in Ft Wayne at the recommendation of a friend who heard me speak at a Rotary Club meeting. Sadly, Bob died Jan 10, 2015.

28 stories of WWII like this one are included in my book which is available for purchase at this site. See top of this page for ordering details!

Wed, October 14: Ed Goetz of Ossian, an Army Air Corps veteran featured in my book is scheduled to speak at the Wells County Historical Society at 7pm. If you’ve not heard Ed speak, you won’t want to miss this. Among his dozens of bombing missions to Japan, he had to bail out of a burning plane with the rest of his crew at 3am over the ocean. For hours he floated in the ocean, not knowing if anyone else survived. It is a tremendous story of courage and trust in God as Ed prayed for safety.

Fri/Sat, October 16-17: Rustic Barn sale- 1524 E 700 N Oss– home of Teri Klefeker 9a-5p, Sat 9-3p. This is the home of a woman with two large barns who is opening it to dozens of crafters/ vendors for selling their wares. It’s my first time to sell my World War II book there, but it sounds like fun! The weather looks great so please come out!

Tue, October 27: Local Author Night, 6-8 p.m. at the Wells County Public Library, 200 W. Washington St in Bluffton, IN. All authors in Indiana and western Ohio are invited to set up booths, sell books, and mingle with attendees in a relaxed environment. The event is free to attend and the first of its kind. Another great opportunity for book-buying and gifts for the holidays!

Several exciting events are happening in the early part of November due to Veteran’s Day so I’ll be sending out another post within a week with those events to put on your calendar.

I recently interviewed my 100th World War II veteran! That accomplishment was celebrated by my putting all 100 faces on a poster. John (my husband) and I rented a booth at the Bluffton Street Fair the third week of Sept in the Industrial Tent. We displayed the poster. Many people stopped by to look for faces they knew and to share stories of family members who served in World War II or other wars. We sold several copies of my book which were for sale.

It was a joy to put the poster together and remember the unique details of each veteran’s story. No matter how many vets I interview, they always share different stories. It’s amazing! 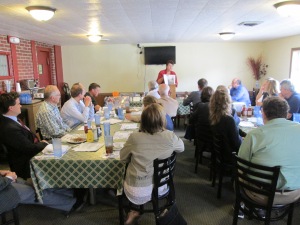 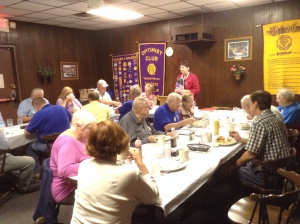 I recently spoke to members of the Berne Rotary Club and Fort Wayne Optimists Club (meets at Waynewood Inn) about my project of interviewing World War II vets. Both were very friendly and supportive groups. I’m available to speak to groups like this. Please bear in mind I charge 50 cents/ mile for speaking at locales 25+ miles one-way.

Part of every talk I give is to encourage all of you to do what I’m doing. We’re in this together. I can’t talk with every veteran about his/her story. There is not enough time. If everyone recorded one veteran’s story, we could capture these stories while we still have the opportunity! It doesn’t have to be perfect, but it needs to be done ASAP! I posted a list of possible questions on my blog just a few weeks ago. Use that as a guide. 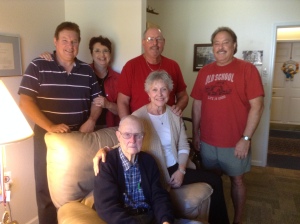 On a personal note, some of my husband’s sibs met last week to ask their uncle, Homer Bates, about his military service as a left gunner in B29s. He could remember every detail and after 3 hours seemed ready to go all night! I’m so glad we’ve gotten to know him better as a result of his being featured in my book!

Now a bit of fun to end the post. I recently found a Depression-Era cookbook at a thrift shop. I thought it would be interesting to see what some recipes were like back then and compare them to what we eat today. It would be fun to hear what memories these foods bring back during the Depression or World War II so feel free to share!