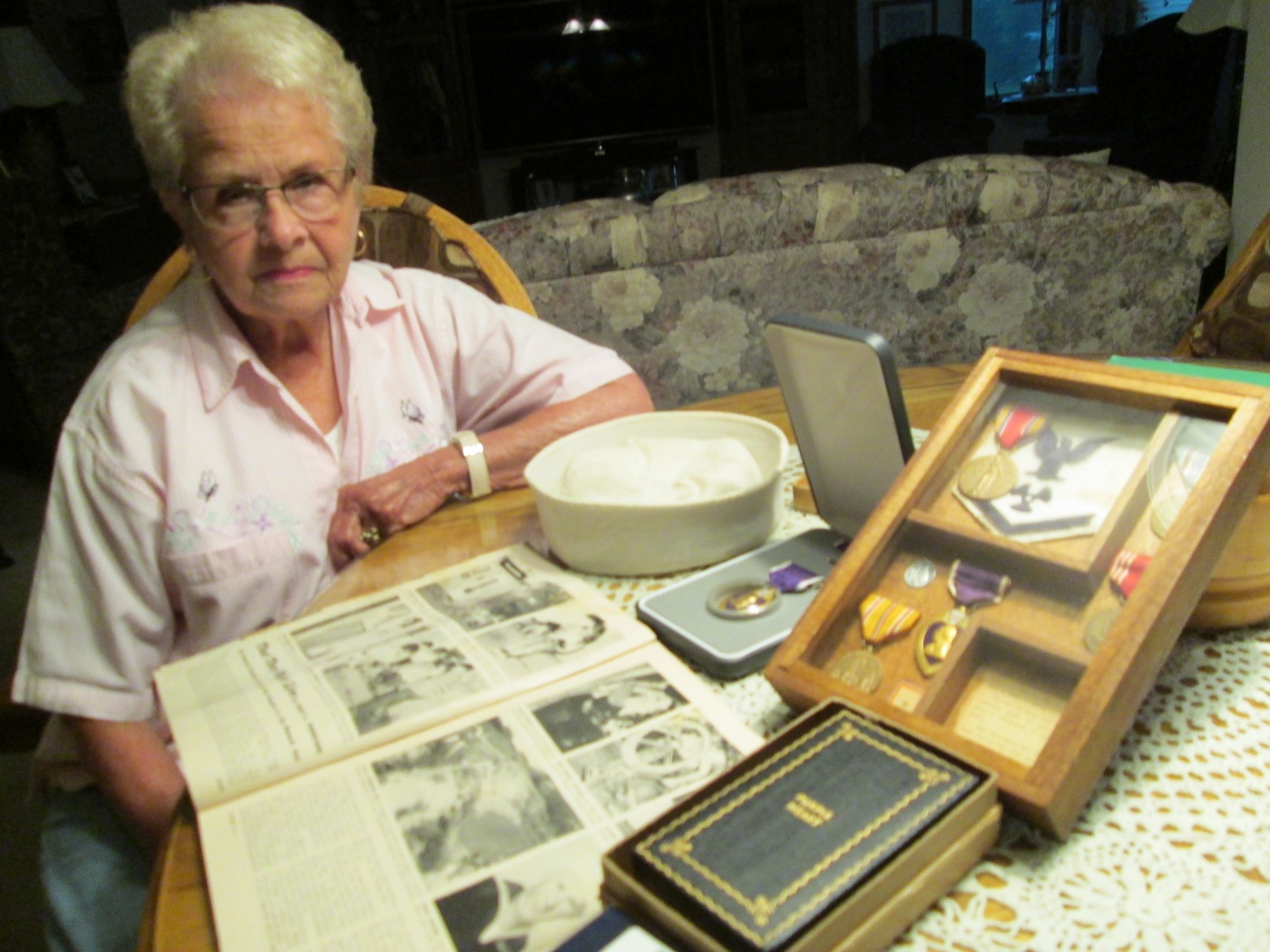 This story is part of the collection in my book, It Was Our War Too: Youth in the Shadows of WWII. It reminds us that war takes a toll on those left behind. Thanks to the vets and their families reading this.

When 12-year-old Joan Wojciechowski arrived home from school in late October 1944, her heart nearly stopped when she spied a tan-colored form in her mother’s hand. It was a Western Union telegram. It had most likely been hand-delivered to their home in Fort Wayne, Indiana. Joan feared it carried distressing information about her father, Joseph Wojciechowski. She was right.

When the 35-year-old had been drafted into the United States Navy and left his family in May 1944, his family had prayed for his safe return. Now the form threatened to dash their hopes. It didn’t state much, just that Joseph Wojciechowski was missing in action.

Joseph Wojciechowski had been born in Fort Wayne, in 1909. He was the son of Polish immigrants and had attended St. Peters Catholic High School. Not long after meeting Gladys Williams, a young woman who lived in Fort Wayne, the couple had married. They became parents to four children—Joan, Stephen, Stanley, and Max. Joseph provided for his family by working as a steam shovel operator.

Joseph had served in the Naval Reserves, possibly believing he would not be drafted.

But the war with Axis Powers continued in the Pacific into its third year, all American men between the ages of 18 and 64 were required to register for the draft. When Joseph showed up for basic training at Great Lakes Naval Training Station near Chicago, he was nearly twice the age of the other recruits.

Joseph was assigned to the USS St. Lo, an escort carrier with duties in the Pacific.

In the early morning hours of October 24, 1944, the St. Lo became engaged in battle with Japanese forces near the Philippines during the Battle of Leyte.

At approximately 1100 hours a Japanese kamikaze pilot attacked the St. Lo, striking it with explosive devices. Although the crew of the St. Lo put up a valiant effort, the ship sank in 30 minutes. Crews of neighboring ships rescued hundreds of survivors from the water. Of the 889 men aboard, approximately 113 were killed or missing in action.

Second Class Seaman Joseph Wojciechowski was one of those declared missing. When a search of several weeks turned up no sign of Joseph, the American military declared him officially dead.

Upon receiving the news, Gladys Wojciechowski and her children held a memorial service for Joseph at their church. Her father’s death caused Joan to struggle with her religious faith. “Though I was raised to believe in a loving God, it was a challenge to accept Him back into my life,” she said.

Joan was helped at coming to terms with the death of her father by recalling favorite memories like going on walks together. She knew her father had not wanted to leave and missed his family. In one of his letters Joseph had written that he planned to buy his children bikes when he got home.

Gladys was given $10,000 in life insurance from the United States government and used the money to support herself and her family, while also working in defense plants. Gladys later attended college to become a Licensed Practical Nurse, which enabled her to earn a good income at a local hospital and purchase a larger home to raise her family.

Joan helped with family finances by working at a grocery warehouse and rubber factory while attending high school.

In 1949 Eagle Magazine, representing the fraternal organization of the same name, wrote a feature story about the Wojciechowski family and how they had coped after Joseph’s death. Photos of each member of the family were printed.

In 1951, Joan married and later became a mother to three children. She and her husband, Felix, cared for Gladys in the latter months of her life as she suffered from cancer, eventually dying in 1987 at age 74. Steven and Stanley continued their father’s military legacy by serving during the Korean War.

Today, a copy of the Eagle magazine, Joseph’s two Purple Hearts (he had been injured prior to the attack) and a few photos are all that remain of his life.

But as the last remaining member of her family – all three of her brothers are deceased — Joan remembers them and the caring father who chose to honor his commitment to his country. “I’ve thought about my family often over the years,” said Joan. “They are not with me in body, but they’re never out of my thoughts for what we went through together.”

One thought on “Daughter Recalls Father Killed in WWII”