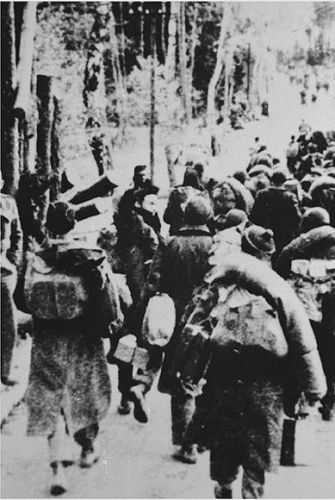 Many people have heard of the Bataan Death March. I’ve interviewed two sons of an American Army officer who died as a part of that group. This is a separate Death March that took place in Germany. Sad that so many suffered at the hands of cruel people. May it never happen again! Thank a vet today for his/her service!

The sound of an approaching army — especially a mechanized one — is impossible to miss, particularly when it is engaged with its enemy. In January 1945, Allied prisoners of Stalag Luft IV heard the Soviet army driving westward through Poland.

“We could hear the gunfire, the cannons,” said Russell McRae, a Baton Rouge resident. “We could see the flashes at night. We knew we were going to get overrun, and we thought we’d be liberated.”

They would — some of them, anyway. But not for a long time, and not by the Soviets.