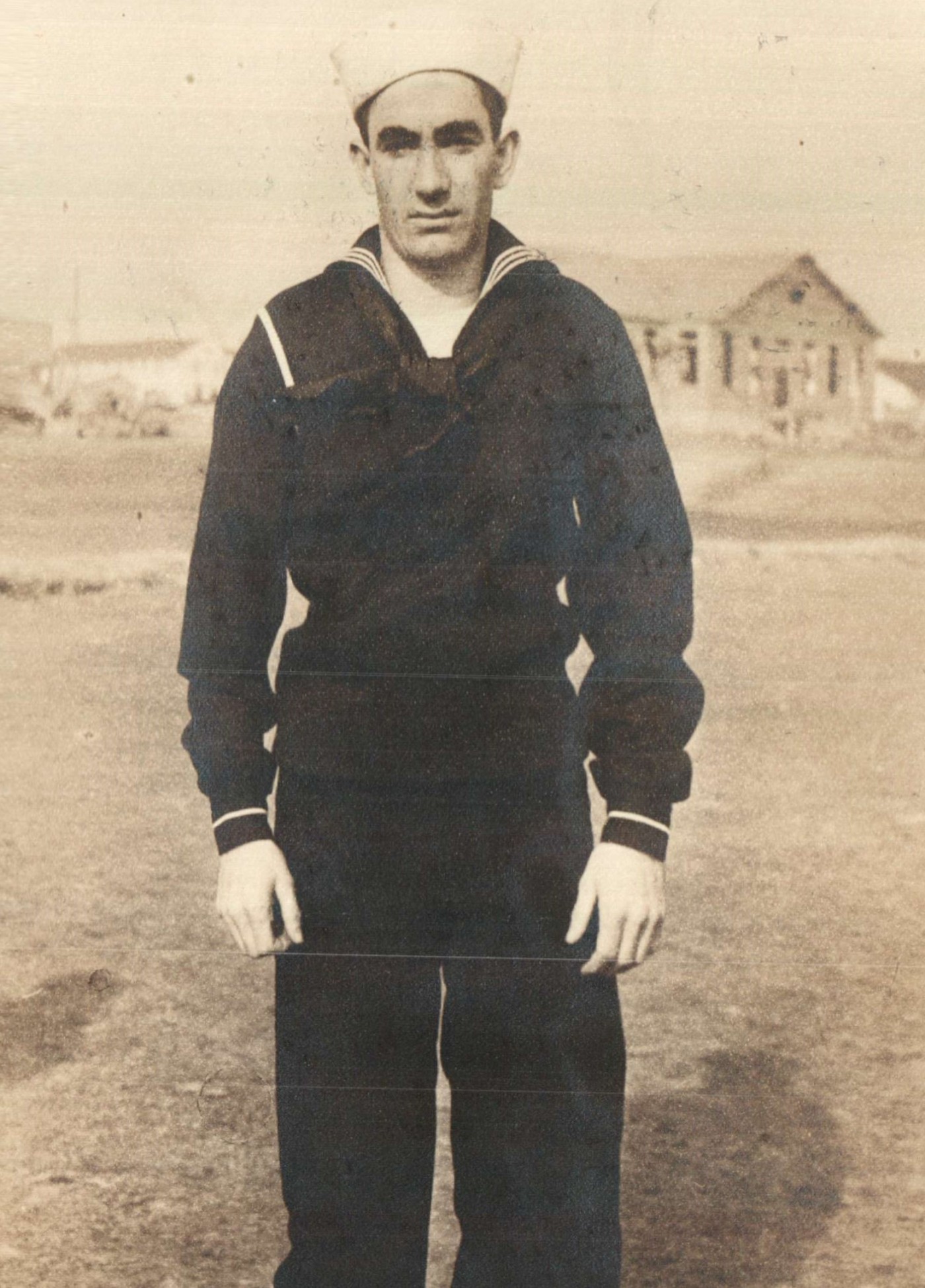 Today we’re celebrating a 100th birthday! No, it’s not for me—I’ve a ways to go yet.

Mr. Alvin Ping recently reached his 100th birthday. That’s a milestone few of us will achieve! He served in the Navy on a submarine. Here is an excerpt from his story in We Gave Our Best:

When Alvin Ping of Lebanon, Ind., heard about the Japanese bombing of Pearl Harbor on the radio, he wanted to enlist in the Army. “I was turned down for being underweight,” he said. At 5 foot, 5 inches tall, he weighed 115 pounds. Undeterred, Ping walked into the Navy recruiting office and was accepted.

After completing basic training at Great Lakes Naval Training Center in Chicago, Ping was sent to signal school, but got kicked out. “I couldn’t spell,” he said. Ping did better at submarine school in New London, Conn. “We trained on World War I subs,” he said.

Learning the basics about serving on a sub was not the only thing on Ping’s mind. When Ruth Kimberlin, his girlfriend from back home arrived, they got married.

Two weeks after the wedding, Alvin left for San Francisco, and Ruth returned to live with her family. Duffel bag in hand, Ping boarded his assigned vessel, the USS Kingfish.

Ping joined the sub on its fourth patrol reconnaissance. A crew of 80, including six officers, directed the submarine in Japanese-controlled waters of the Pacific.  “I was an operating machinist in the engine room,” he said.

Being small in stature had its advantages. “The sub’s doors measured 42 inches,” he said. “Tall members of the crew had to duck when moving around but I didn’t so much.”

Crew made other accommodations aboard the sub. “I shared a ‘hot bunk’ with two other seamen, which meant one person slept while others worked or ate,” he said. Meals were served twice a day.

As for baths, the sub left port with full tanks of fresh water. As the crew was at sea for two months at a time, supplies were restricted. “Officers bathed daily, while the engine crew were allowed a bath every other day,” he said.

The crew of the Kingfish kept an eye out for enemy periscopes. It was a challenge at the beginning of the war. “The Navy’s form of sonar was inaccurate,” said Ping. “Our torpedoes were not guided and some were duds so they didn’t fire.”

When the crew was called to battle stations, they ran to their assigned stations. The sub fired torpedoes and 3-inch and 5-inch guns. “The force was strong enough to make the sub’s structure buckle.”

When a Japanese sub fired at the Kingfish, Ping was aware of the close call. “It missed us by 10 feet,” he said. “We could hear it.”

Al Ping is the only World War II veteran of 250 that I’ve interviewed who has served on a submarine. I admit, the thought of being underwater like that is terrifying! God bless him for his service.

In November 2018, Mr. Ping and family drove 2 hours to attend the book launch for We Gave Our Best: American WWII Veterans Tell Their Stories. It was a delight to greet him and have him be greeted by members of the public. He was one of 14 World War II veterans featured in the book who attended.

We wish a warm birthday greeting to Mr. Ping and thanks for his service to our country.