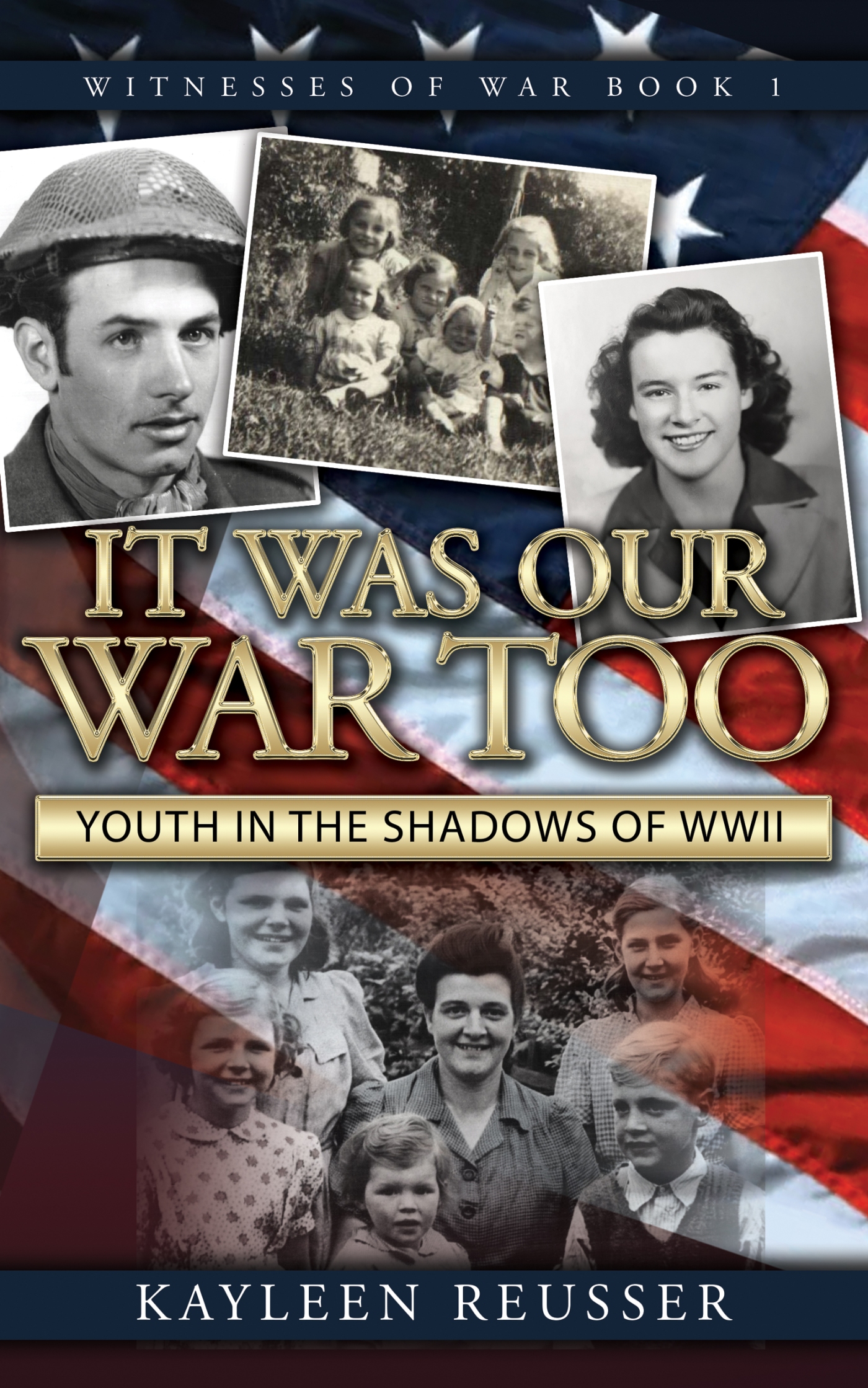 My new book, It Was Our War Too: Youth in the Shadows of World War II, is out!

This 150+-page book available on Amazon contains stories from 18 men and women whom I interviewed (with the exception of one) involved with World War II as children and teens.

They grew up in the US (Indiana, Hawaii), Australia and Europe (seven countries). They are now American citizens and live in the US.

The stories include those of young men and women:

The book is appropriate for sixth grade and up. Note: I’ve written 17 books for middle grade students. See my Amazon Author Page.

The front/back covers and inside includes dozens of photos of people in the book, most never before published.

The type is in large print.

A selection of questions are included to stimulate book club discussions.

This is my fifth book about World War II.

My other books tell the stories of 100 of the 250 American World War II vets I’ve interviewed.

I am the proud wife/mother of Air Force airmen.

Writing about people who were involved in WWII is my way of preserving our national military heritage and increasing pride in our country. We don’t live in a perfect country, but we live in a great country!

This book is a great gift idea for school libraries, history /military lovers, Baby Boomers — anyone who enjoys learning about our country’s history and those who fought to achieve them.

When you purchase a copy on Amazon, would you consider posting a book review after reading it? I’d appreciate it! The more sales on Amazon and reviews, the higher the book will reach in ranks and the more readers will find it.

Tell your friends about this informative volume. It would make a great addition to school and public libraries and as a book club selection.

I have several speaking events lined up for 2019. Please introduce yourself if you attend. I’d love to see you there!

Thanks for your support. And thanks to all of the veterans reading this. We appreciate your service!

4 thoughts on ““It Was Our War Too: Youth in the Shadows of World War II” Releases”