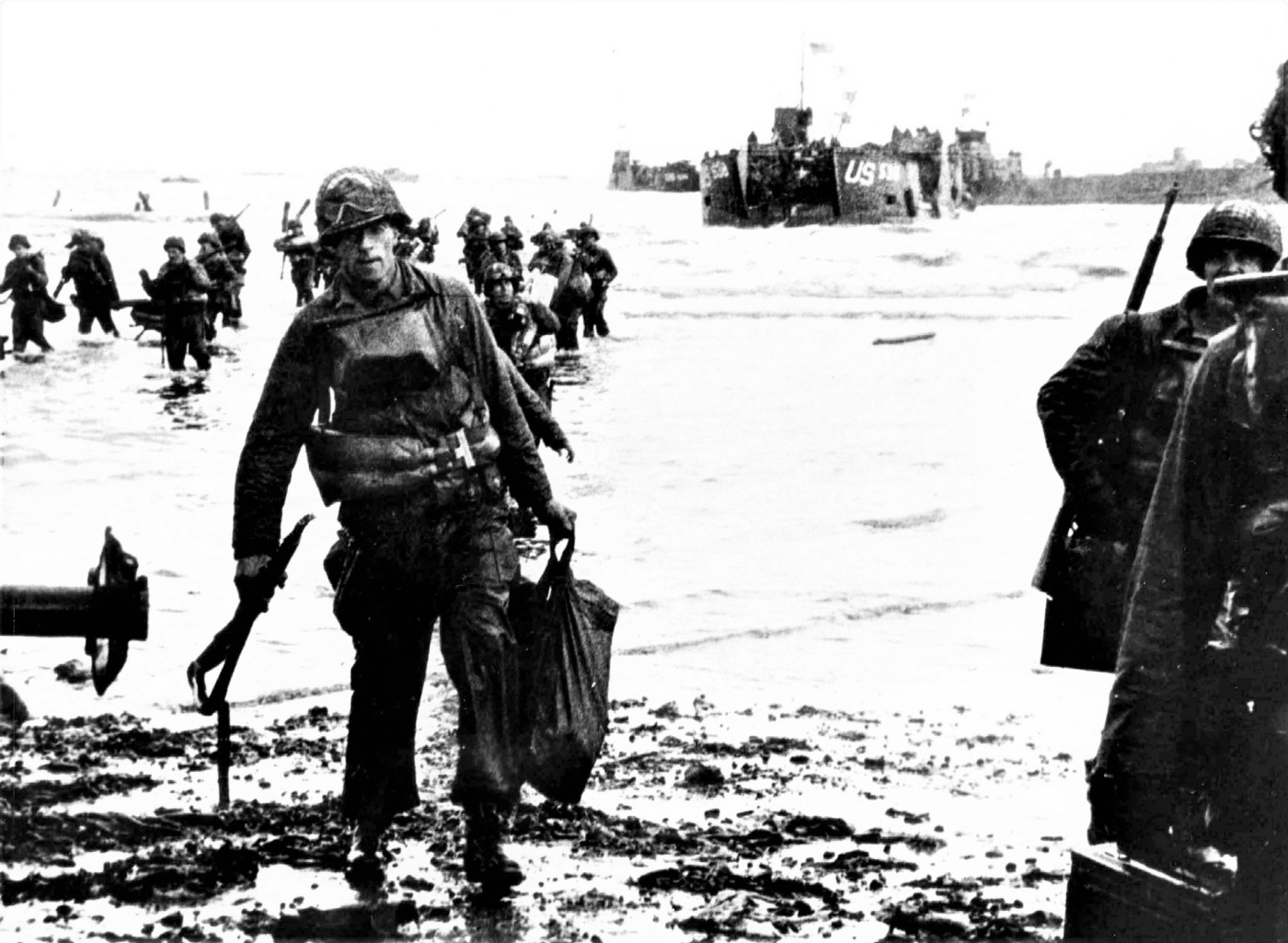 This is a story from my book, D-Day: Soldiers, Sailors and Airmen Tell about Normandy. Thanks to every vet reading this for his/her service!

“It’s not fun being fired on in the middle of combat,” said George Banky of Waterloo, Iowa. “But that’s what war is. You have to get yourself mentally fitted for it.”

During the invasion of Operation Overlord, more commonly known as D-Day, Banky and 17 other sailors volunteered for a special mission with the Navy’s amphibious force. It involved a flat-bottomed boat called LCF (landing craft flak).

“Our job was to go up and down the Normandy beach in an attempt to draw fire from the enemy during battle,” said Banky. “We had small anti-aircraft weapons but nothing big to defend ourselves. We were sitting ducks.”

During the heat of battle, the LCF cruised 24/7 for several days close to shore.   horde of U.S. naval destroyers, cruisers and battleships were positioned behind to help protect the smaller boat. “Shells hit the water around us and our boat was strafed, but thankfully, none of us were injured,” Banky said. “Other seamen thought we were strange to volunteer for such a dangerous job.”

Banky was born in Boston, Massachusetts, in 1926. He enlisted in the Navy at age 17 with his mother’s permission as he was not yet 18. After completing boot camp at San Diego, Banky was shipped to England in early 1944. He and thousands of other Allied troops trained for what scuttlebutt (military gossip) said would soon be a major invasion of US troops across the English Channel.

For once, scuttlebutt was true. The invasion of Allied troops on the beaches of Normandy, France, as part of Operation Overlord would someday become known as one of World War II’s biggest battles.

For weeks American troops persevered against tremendous attacks from German soldiers hidden in foot-thick gun emplacements on shore. “The Germans were safely dug in so it was difficult to oust them,” said Banky. Every night the Luftwaffe (German Air Force) bombed the beach. Eventually Allied forces gained ground, beating the Germans back.

Banky’s time in combat was not over. In February 19, 1945, he switched to the Pacific Theater and became part of the Allied fighting force at the tiny Pacific island of Iwo Jima. “The Japs were on the south end of the island near Mount Suribachi,” he said. Suribachi was a mountainous remnant of a volcano that had risen out of the Pacific.

For years Japanese forces had created intricate living spaces within the mountain from which they could fire on the enemy. Banky’s boat again served as a moving target during the fierce fighting at Iwo Jima. “The first six days of combat hundreds of our soldiers were wounded or killed,” he said. “We took the wounded to our hospital ships, but had to stack the dead like cordwood because we had no room.” By the end of February, Banky’s boat was riddled with enough shots to be towed for repairs.

In March Banky and other naval forces moved to the Philippines where they trained for a major invasion of Japan. “Every island was loaded with Japanese soldiers,” said Banky. “We had to keep alert for kamikazes and small bands of soldiers.” Banky also served on the Marianas, Tinian and Guam.

The Allies fought until August 1945 when the Japanese emperor surrendered. After the war ended, Banky’s time of service was extended as he lacked the required number of points to be discharged. He served in Yokohama, Japan with thousands of other Allied occupational forces.

When offered the chance to re-enlist, Banky was one of few who did so. He traveled the world with the Navy during the 1950s and 1960s, living two years  at Kenitra Naval base in Morocco.

Banky retired at the rank of 1st class petty officer with 20 years of military service. He worked another 18 years in California as an instructor for military aviator survival.

Banky’s thoughts of his time in the Navy are positive. “Serving in the military taught me everything I know,” he said. “We soldiers were determined to win. We were obligated to do our best to protect our country. It is the function of the military force.”

2 thoughts on “Sailor Served as Sitting Duck at D-Day”