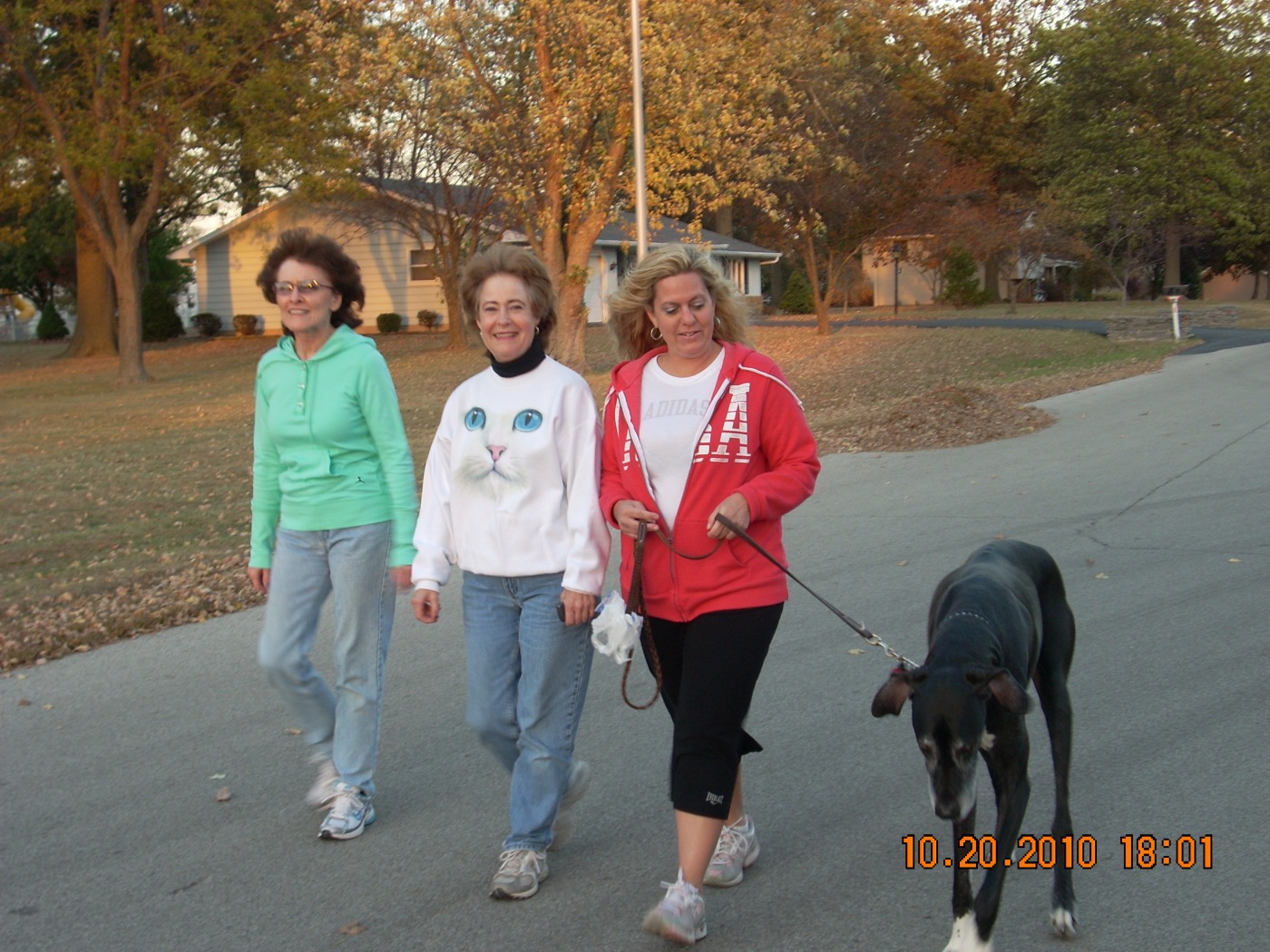 When Bluffton resident Judy Clausen began walking for her health 37 years ago, she had no idea how it would impact her life.

Clausen started walking regularly when she was pregnant for her first child. “A friend said if I walked routinely while carrying my baby, it would assist with a quick delivery. My friend was right.”

Clausen had avoided sports and exercise as a teenager. But seeing results of a safe delivery prompted her to keep up the walking regimen after her baby was born. At that time she and her family lived in Iowa where Clausen usually walked alone. “None of my friends were interested in walking regularly,” said Clausen. “It was a great way to relieve stress by getting out of the house each night and leaving the girls with their Dad.”

After Clausen and her family moved to Bluffton in 1994, she resumed the habit of walking year-round, usually trekking four miles per session. At age 50, she began to fully appreciate the benefits of the aerobic exercise. “I had never had high cholesterol or been overweight,” said Clausen. “Then I noticed people in my age group were battling these problems and I realized walk had been good for me all of those years.” The health habit continued for more than a decade as Clausen, usually accompanied by neighbors, walked at night around their housing addition.

Then in spring 2007 Clausen’s good health came to an abrupt halt when she was diagnosed with uterine cancer. During a six-week stay in the hospital that included surgery to remove the cancer, doctors were successful but Clausen was pitifully weak and dangerously ill. Her health deteriorated to the point that three times she was declared brain dead. Thankfully, her family refused to end her life and prayed for Clausen’s recovery. After a lengthy, some would say miraculous, recovery, Clausen returned home in mid-summer. She was weak and weighing only 92 pounds, but alive. More importantly, she was determined to work her way back to the health she had enjoyed prior to the surgery.

While at a rehabilitation hospital in Fort Wayne, Clausen got out of bed for the first time in seven weeks of hospitalization. When she walked the length of the hall, she credited her lifelong love of walking for her stamina. “I know I was stronger than I would have been had I not walked all those years,” she said. “It felt really good to walk that day.”

At home Clausen continued walking, slowly, but steadily increasing her goals. At first she used her walker to reach the end of her driveway.  Then she challenged herself to stroll to the neighbor’s driveway. Gradually, she learned to walk sans assistance. After several weeks of increasing her distance in increments, Clausen finally managed to resume her previous level of endurance at four miles per evening. The pace is medium as Clausen, usually in the company of neighbors Liz Moser and Joyce Burke, completes the session in 75 minutes.

The walking might look the same, but the importance of the activity has been magnified to Clausen. “Walking puts everything in perspective for me,” she said. “It offers me daily freedom, health, and strength. My walking partners and I always talk about the beautiful trees and sky and sunset. That was not available to me when I was in the hospital all those weeks. I appreciate nature more because I walk and take time to see more things in my neighborhood.”

As for the physical benefits, Clausen adds that she believes walking has helped her keep her weight within a desirable range, avoid high blood pressure, and maintain general good health. “I’ve not had the flu or a cold in years,” she said. “When cold weather sets in, my walking friends and I dress for the weather and go outside for our usual distance. We think fresh cold air is good for us.”

Clausen believes having a walking buddy enhances the walking experience. “Walking with someone keeps each of us honest. If one of us is gone for a week, we know our walking friend is waiting for us to return and get back in the routine. At this point in my life walking daily is a huge pleasure. I will keep walking until I die.”