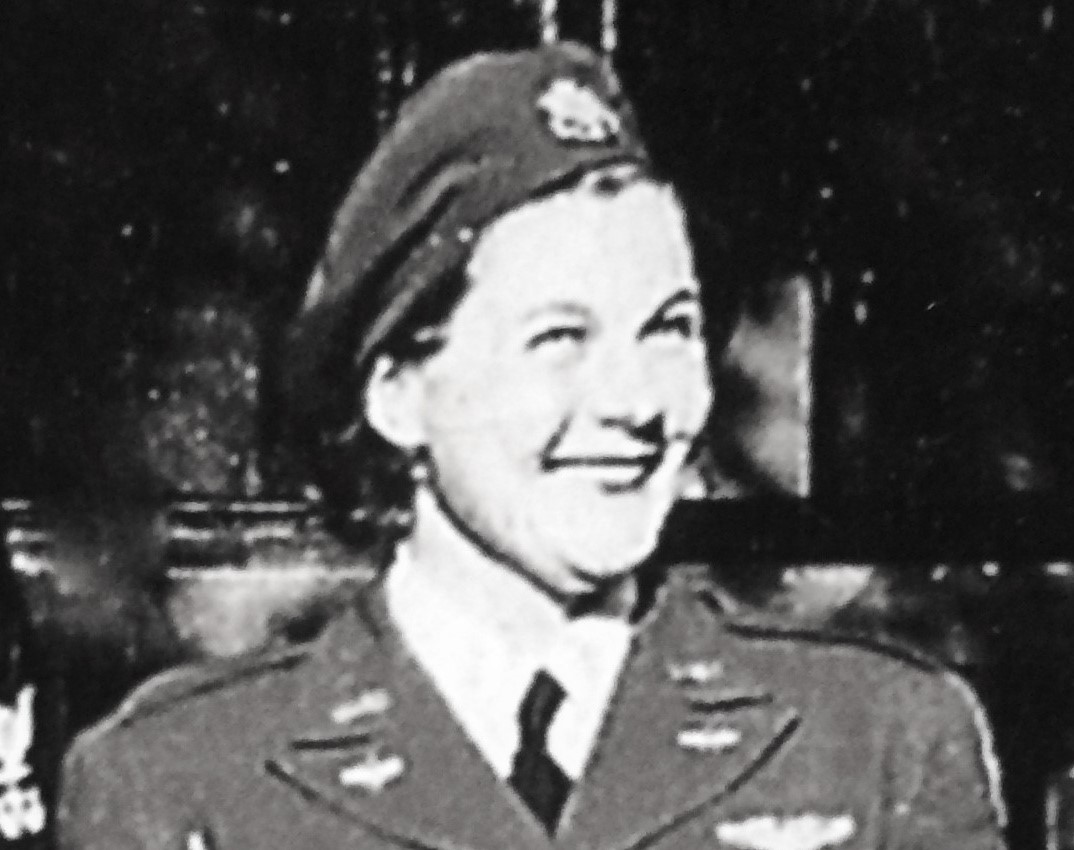 In keeping with my weekly posts this March about military women during World War II, I’m including an excerpted story of Elizabeth ‘Betty’ White Dybbro who volunteered to serve as a Women’s Air Service Pilots (WASP). This is based on my interview with her and is in honor of Women’s History Month.

Betty’s full story is in my book, We Gave Our Best: American WWII Veterans Tell Their Stories (Book 3, WWII Legacies).

Elizabeth ‘Betty’ White’s interest in flying began in 1934 when a family member paid for her to take a plane ride at Smith Field in Fort Wayne, Indiana. White was 12 years old. Aviation was in its infancy and White’s interest was piqued. “Amelia Earhart was my hero,” she said.

Her interest in soaring through the skies was renewed in 1942 when she read a magazine article about a new program in the military that needed women as pilots. The article explained that female pilots were being recruited to help the war effort on the home front. The women would be called WASP (Women’s Air Service Pilots). They could ferry aircraft, test planes, instruct male pilots, and tow targets for anti-aircraft artillery practice.

Applicants were required to have 35 hours of flight time. White paid for lessons at Smith Field at a cost of $10 per hour. It was an exorbitant amount for a young, single working woman on a budget.

White submitted her application and was accepted. She was one of 1,830 applicants among 25,000+ applicants selected to train and serve as Army pilots.

At Sweetwater, Texas, where WASP training was held, White and the other women received training equivalent to that given to male pilots, including college-level courses in math, physics, Morse code and navigation.

The women learned how to navigate solely by instruments. They had to complete a 2,000-mile solo flight before earning their wings.

When White had her wings pinned on her in August 1944, she was one of 1,074 women who would complete the WASP program.

By December 1944 the war in Europe was turning in favor of the Allies. Male pilots, needing a rest from combat, were sent back to the States. The WASP program was abruptly canceled so the men could take the positions held by the women.

After the war, Betty White provided flight instruction for several years. She married a fighter pilot and lived in Washington State. Sadly, he was shot down over Korea in the 1950s. His body was never recovered.

Betty remarried and lived with her family of six children in Alaska.

At the time of the WASP dismissal, the women were awarded no honor or military benefits. That changed in 1977 when President Jimmy Carter granted the women status as veterans. In 2010 a group of WASPs was presented with the Congressional Gold Medal in Washington DC.

Dybbro lives near Seattle and speaks to groups about her military service. She also participates in WASP reunions.

“It was a wonderful experience,” she said. “I really enjoyed it.”

You can read about two other WASP I’ve interviewed and written about at my earlier blog posts:

In 2020 I created a Women of WWII Coloring Book. It includes not only full-size pictures of these WASP and other women who helped America win the war but biographical information of each (The women I’ve highlighted earlier this month are included). Here is the blog post with more details. As you can see, a WASP (Margaret Ringenberg) is pictured on the cover!

At only $5.00 it’s a great Easter basket stuffer or prize for a contest or birthday gift for someone of any age.

I’m speaking tonight via zoom to the Norwin Public Library (Pennsylvania) about ‘Those Plucky Women of World War II.’

Contact Barb McKee at BMcKee @ Norwinpubliclibrary.net for the zoom link. We’ll talk about these and other sacrificial women who worked so hard for our country and people around the world. Contact me at my Speaking page to arrange an event for your group.

Thanks to all of our veterans for your service!