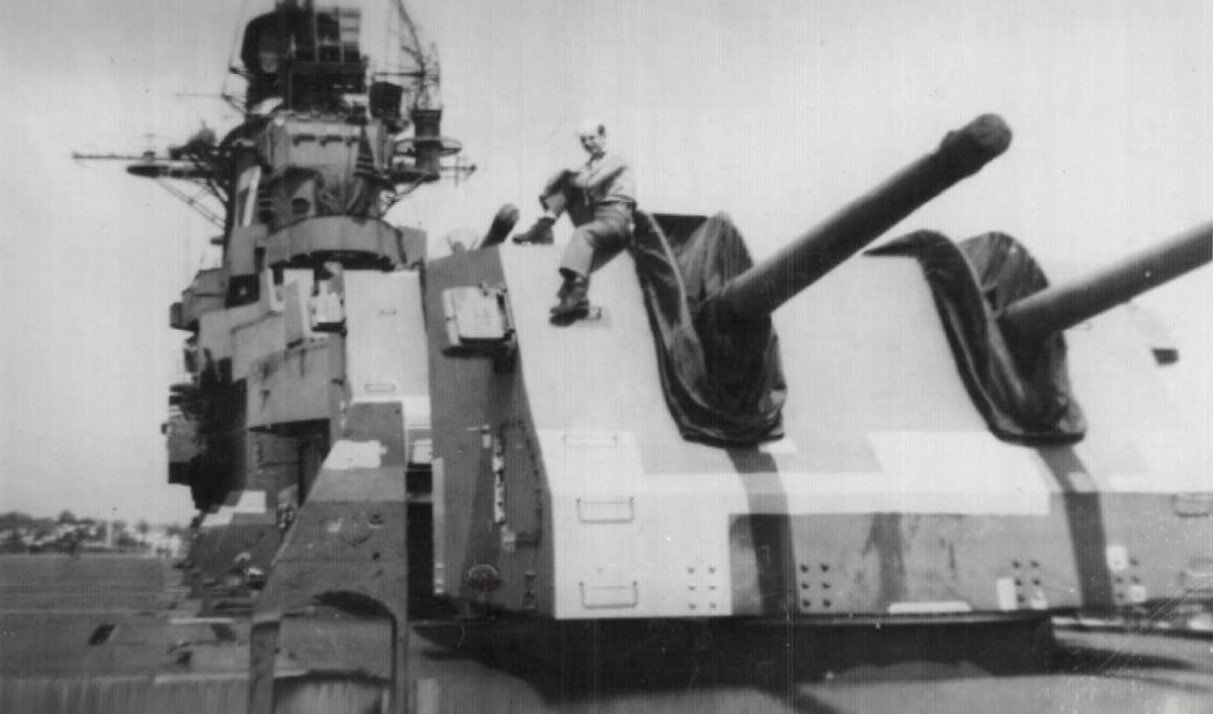 April is designated as ‘The Month of the Military Child’.

This is an important recognition for me, not because I’m a military child, but because it is one of the reasons I began writing World War II stories.

When working as a reporter for a local newspaper, I interviewed Joan Wojciechowski Johnson. She had contacted the editor to see if someone would interview her about her father’s time in the service during World War II.

As this was prior to my goal of interviewing as many World War II veterans as I could find (the result was 260), I consider it a blessing to have been assigned to the story.

Joan had a number of items from her father’s service, including his Purple Heart. What I didn’t know before arriving at her home was that her father, Joseph Wojciechowski, had died on a ship during the war.

Joan told me about how much she had loved her father and how she had been sad when he left for the Navy, eventually sailing to the Pacific.

Tears gathered in her eyes as she told me of the day when she arrived home from school to find her mother holding a tan-colored slip of paper in her hands.

It was a telegram.

These small pieces of paper, usually from the American government, often boded ill news to the recipient during the war– either a loved one in the military had been reported missing in action — or, worse, the military had declared him or her killed in action.

In Joan’s case, her family had been dealt the more severe blow with news of the latter.

Her story and apparent grief, even 75 years after the delivery of the telegram, convinced me that the children who grew up in the war had stories to tell too.

Hers and others – mostly those who had lived in Europe during the war, experiencing the war firsthand – are in my book, It Was Our War Too: Youth in the Shadows of WWII.

These are gripping tales of living as refugees, separation from family, lack of food, housing, fear.

Their stories parallel what is happening in our world today.

Get a copy of this book and see from a child’s point of view how war can be devastating.

It Was Our War Too: Youth in the Shadows of WWII

It Was Our War Too: Youth in the Shadows of WWII Kindle

Here is an excerpt from Joan’s story in It Was Our War Too: Youth in the Shadows of WWII:

When 12-year-old Joan Wojciechowski arrived home from school in late October 1944, her heart nearly stopped. Her mother stood on the porch, holding a tan-colored form. Joan’s heart started pounding. She knew what the paper meant — it was a Western Union telegram.

She feared the paper carried distressing information about her father, Joseph Wojciechowski – news she didn’t want to hear.

In May 1944, 35-year-old Joseph Wojciechowski had been drafted into the United States Navy. He had left his family consisting of wife, Gladys, and four children. Joan was the eldest child with four brothers.

Joseph Wojciechowski had been born in Fort Wayne, Indiana, in 1909. He was the son of Polish immigrants and had attended St. Peters Catholic High School. Not long after meeting Gladys Williams, a young woman who lived in Fort Wayne, the couple had married. They became parents to four children—Joan, Stephen, Stanley, and Max.

Joseph provided for his family by working as a steam shovel operator.

He had served in the Naval Reserves, possibly believing he would not be drafted.

But as the war with Axis Powers continued in the Pacific into its third year, all American men between the ages of 18 and 64 were required to register for the draft.

When Joseph’s name was drawn, he reluctantly left home and family for basic training at Great Lakes Naval Training Station near Chicago. He was nearly twice the age of the other recruits.

He was assigned to the USS St. Lo, an escort carrier with duties in the Pacific.

As his family would come to learn, in the early morning hours of October 24, 1944, the St. Lo became engaged in battle with Japanese forces near the Philippines during the Battle of Leyte.

At approximately 1100 hours a Japanese kamikaze pilot attacked the St. Lo, striking it with explosive devices.

Although the crew of the St. Lo put up a valiant effort, the ship sank in 30 minutes. Crews of neighboring ships rescued hundreds of survivors from the water.

Of the 889 men aboard, approximately 113 were killed or missing in action.

A search ensued that lasted for several weeks. When there was no sign of Joseph, the American military declared him officially dead.

Upon receiving the devastating news via another telegram, Gladys Wojciechowski and her children held a memorial service for Joseph at their church, despite having no body.

Gladys found work in defense plants and later attended college to become a Licensed Practical Nurse. This enabled her to earn a good income at a local hospital and purchase a larger home for her family.

Joan knew her father had missed his family. In one of his last letters, Joseph had written that he planned to buy his children bikes when he got home.

Two of her brothers continued their father’s military legacy by serving during the Korean War.

As the last remaining member of her family – her mother and all of her brothers are deceased — Joan remembers the caring father who committed everything to his country.

“They are not with me in body, but they’re never out of my thoughts for what we went through together,” she said.

To honor the children of military members, I plan to donate treats to my local Armory for them to distribute.

Other military holidays this month:

April 5 – Gold Star Wives Day – women who have lost a husband in the military.

The month of May has even more days to honor our vets– stay tuned.

Don’t wait for a special day to honor an American who has served this country. Tell him/her thank you today and often.

God bless all of our veterans for their time of service.