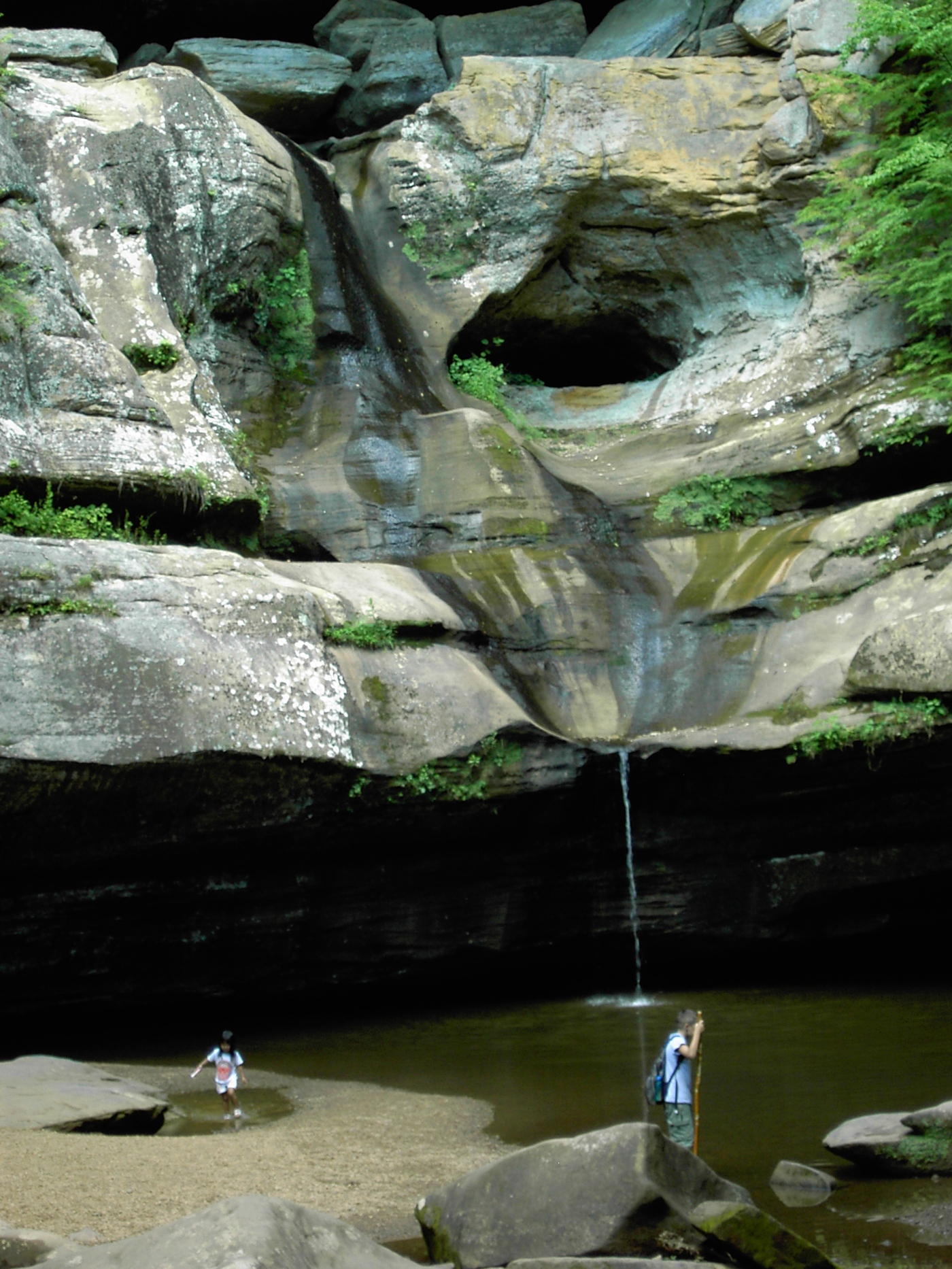 My husband and I are returning for vacation to a favorite spot – Hocking Hills, Ohio. Located 45 minutes southeast of Columbus, it is a definite “green” spot – Logan County boasts 8 State Parks! Check out these caves and rock formations! I’ll be writing another travel story about the area for a newspaper, including a highly unusual (for me) activity that I’ll participate in. Hint: I’m going to challenge my fear of heights. Stay tuned for more!

If there is a quieter spot in theMidwestthan on the porch of Coyote Chalet perched on the top of a hill in Hocking Co,Ohio, I believe it has yet to be found.

Surrounded by woods to the back and hills that drop away from view in the front, only the chirp of crickets and barely audible sounds of children at a neighboring chalet reaches my ears.

Coyote Chalet is part of Old Man’s Cave Chalets, which are located throughoutHockingCounty, one hour southeast ofColumbus,Ohio. Hocking County, a four-hour drive from Fort Wayne, is like a step back in time with its tranquil rolling hills, small towns, and friendly people.

Logan, the heart ofHockingCounty, has an amazing array of interesting places, including one place listed in the 2006 Rand-McNally Road Map’s list of “Best of the Road.”

One of those is The Columbus Washboard Factory, the only remaining one of its kind in theUS.  Jacqui Barnett and her husband bought the factory and moved it toLoganfromColumbus,OH, in 1999. Visitors can walk through the factory at no charge and watch how washboards are constructed in as quick as 45 seconds! The world’s largest washboard – 24 feet tall — hangs on the outside of the factory.

The Columbus Washboard Factory sells 30,000 washboards each year with clients on nearly every continent, including Madagascar, Spain, New Zealand, Australia, and Japan. Many of Barnett’s customers are musicians who use washboards as instruments. They are among thousands who come to Loganeach June to participate in The Washboard Jazz Festival (http://www.columbuswashboard.com/festival.htm). 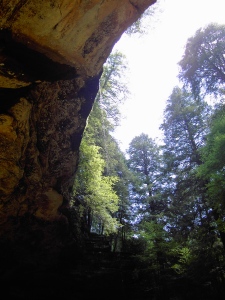 Ohio is one of three states that does not charge an admittance fee to any of its state parks. With this economical advantage as well as the beauty of the area to entice them, nearly four million people visit 2,000-acre Hocking Hills State Park annually. It is one of Logan County’s eight state parks.

While in the park, be sure to visit Old Man’s Cave, named after Civil War-era hermit, Richard Howe, who lived in one of the park’s caves. The cave is situated in the middle of tall trees that form a cool canopy above the heads of hikers and researchers. The scenery is gorgeous, though in the middle of a dry summer, the much-anticipated waterfalls were down to a disappointing trickle. Rock climbers and birders don’t mind the weather; both rock climbing and birding are popular events inHockingHillsState Park.

After an afternoon of hiking, head to The Grouse Nest (http://www.grousenest.com/) for dinner. It’s a scenic drive with an entrance to an upper-scale restaurant, hotel, gift shop and popular destination spot for weddings. If it’s a warm night, eat on the patio which overlooks a peaceful garden area.

Another cozy place to stay in the area is The Inn at Cedar Falls (www.innatcedarfalls.com). Opened in 1987, the inn consists of quality-built cabins, cottages–many with hot tubs–and a lodge that provides comfortable, yet simple accommodations sans TV’s.

The Inn’s restaurant, located within walking distance of the cabins, offers three daily meals prepared by a sous chef. A handicap accessible cabin and cottage are available.

The Spa atCedar Falls, which opened in 2006, has become a popular stop for guests at theInn. A complete variety of massages are available. Inquire at theInn’s office.

This article appeared in the Fort Wayne News-Sentinel newspaper.