What have you done today to brighten someone’s day?

I’ve decided the month of December (for once) will be filled with activities designed to bless others. A full-time job in past years kept me from helping/ volunteering/ spending time with people who needed some cheer.

Through my World War II interviews, I’ve connected with many older people who for the most part are living quiet lives. We chat for a couple of hours and then I move on, hoping our time together was pleasant and that the friendship will continue for a long time.

How did you remember Pearl Harbor?

After much wrangling, I’ve convinced myself I cannot do everything—not enough energy, fuel for my vehicle, money or time. So while the Pearl Harbor event the city of Fort Wayne (IN) offered on December 7 at the Allen County War Memorial Coliseum sounded interesting, it will have to wait until next year. 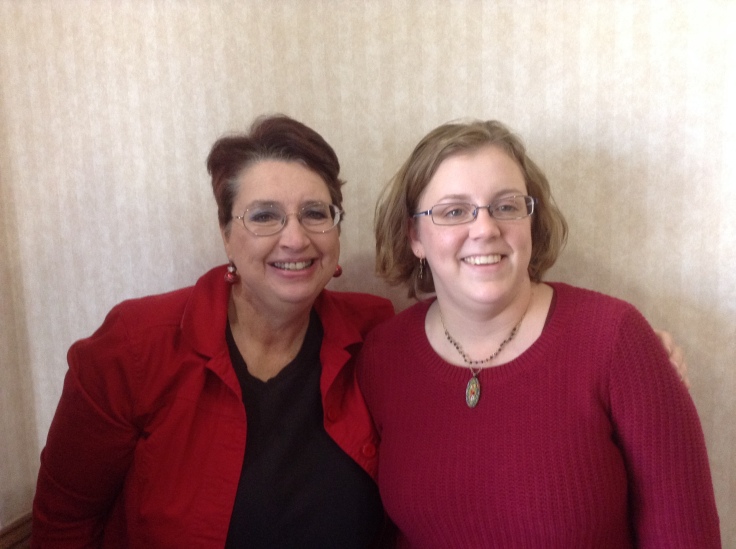 My day was filled with the interview of Sam, a black Navy veteran. He served on the USS Yorktown. It was an exciting story, especially since Melissa Buchanan, Curator of Collections at Patriots Point Naval and Maritime Museum in Charleston, was present to conduct the interview. She is pictured on right in photo above.

Melissa had flown in from Charleston to get Sam’s interview. She is doing the same thing with other World War II seamen around the country who served on the Yorktown, which is at Charleston.

My story of Sam’s service in the Navy will appear in the News-Sentinel later this winter. 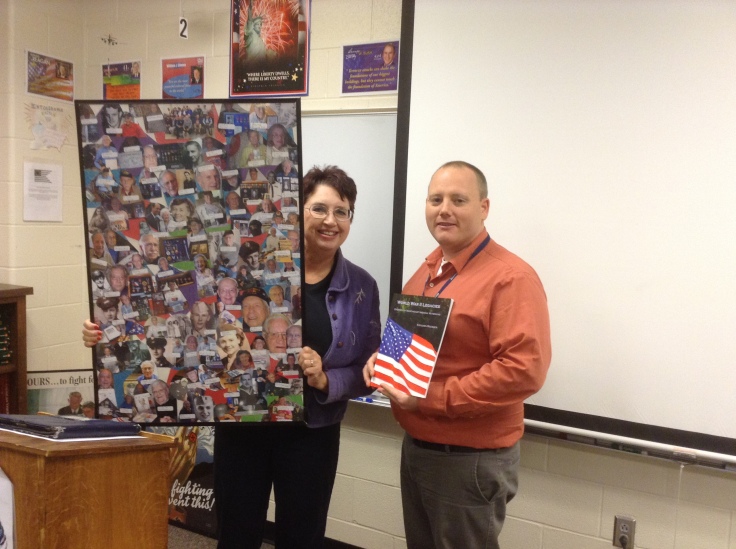 I heard about Sam from a friend, Brian Lineberry who teaches social studies at Bellmont High School in Decatur, IN.

This semester he is teaching a course on World War II. It is an elective course which means every student in the class has chosen to attend and have an interest in World War II.

Bryan has connected me with several World War II vets whom he knows. Bryan also purchased a copy of my book and posted a 5-star review of it on Amazon.

Here are some of his thoughts about the book: “As a social studies teacher, I find it fascinating that there were local people involved at all levels and theatres of the war that we study about in history. This book has helped to provide a local connection and stories to reference when teaching about the war. I thoroughly enjoyed reading the stories of all the men and women featured in your book. I could not put it down!

If you’d like to purchase my book, WWII Legacies: Stories of Northeast IN Veterans, for a Christmas gift, do so today! We send orders promptly so it should arrive before the holidays.

After the interview with Sam, my husband and I attended a local Air Force Association luncheon. We met several World War II vets I’ve interviewed and several people purchased my book.

Col. Sam Conte was also present. In the late 1990s he and a wonderful staff of volunteers conducted weekly year-round meetings of the cadet squadron of the Civil Air Patrol.

Our son Chris began attending CAP when he 13 years old. It really set him on a course for military service. Through CAP, he began dreaming about attending the US Air Force Academy. Quite a dream!

While my husband and I had little idea of what to do to help our son learn how to prepare to apply to the US Air Force Academy (USAFA), the members of CAP did know what he should do.

Chris was accepted to the 2007 class of USAFA and we credit Sam and others for his success Air Force career.

It was a delight to see Sam again after several years and tell him how Chris’ Air Force career as a Captain with an MBA degree was progressing. That is a photo of us at the top of this post. 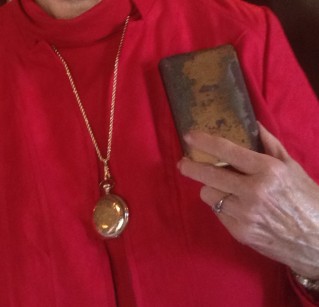 The last item to mention is something Natalie Ross showed me at the Air Force Assn meeting. She had a New Testament that had belonged to her uncle, Sergeant Carl Herron Ross of Avilla IN. It was equipped with a gold-plated steel front cover. Sergeant Ross carried it over his heart. He also carried a watch that belonged to his mother. She gave it to him to carry during the war and it was later given to Natalie.

Today I’m off to interview a guy who was on the USS State Louis stationed at Pearl Harbor in December 1941. Should be interesting!