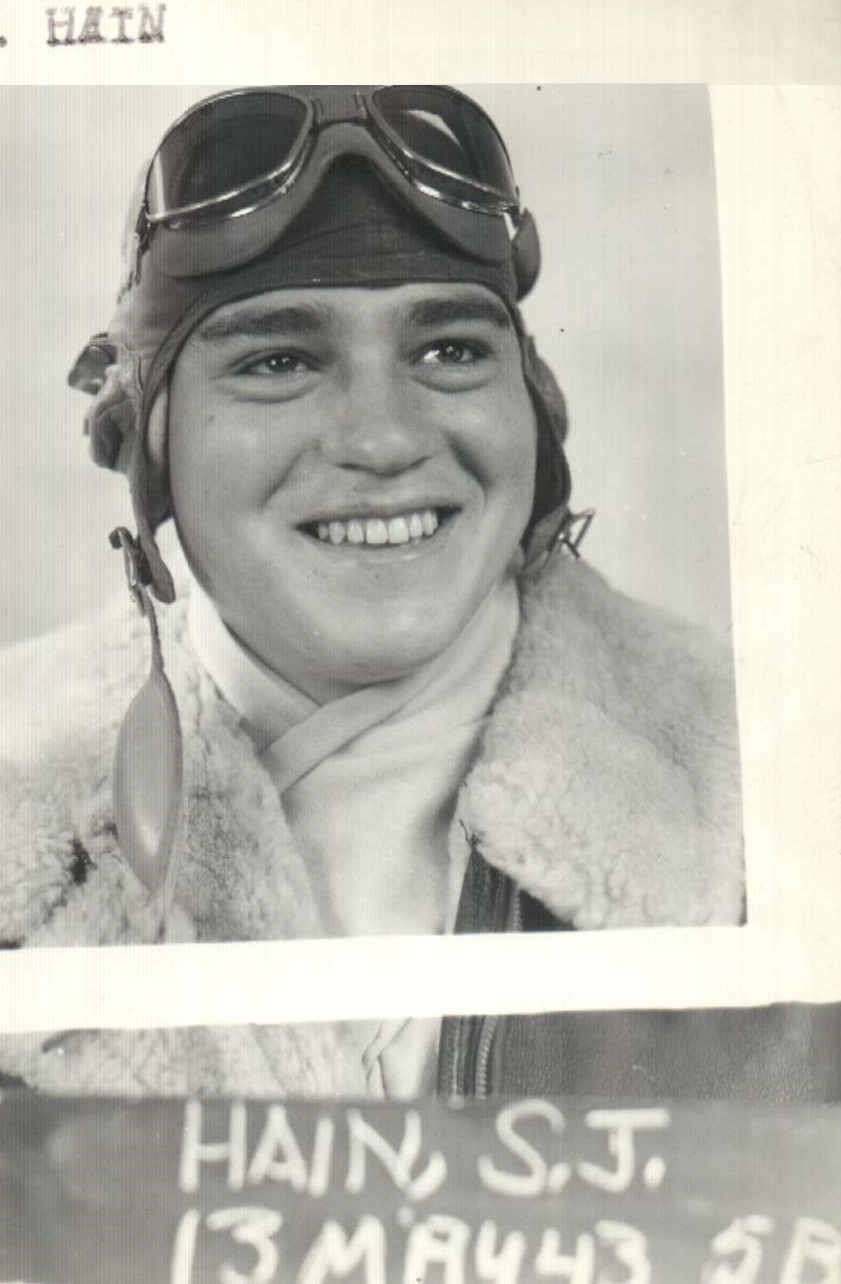 One of the strongest quotes I was ever given during an interview was by a World War II veteran was by Simeon Hain, Naval Aviator in the Pacific.

“Fear has an odor,” he said. “It permeates your clothes and stinks. After getting back from a mission, I couldn’t wait to take a shower.”

For eight months between 1944 and 1945 Hain flew 40 missions in a B-24, dropping bombs on selected locations in the Pacific. “On the day of a mission someone would wake me for patrol at 2 a.m. with a flashlight in my eyes,” he said. “He pushed a clipboard under my nose telling me to sign that I had received my orders. Then I’d be given a briefcase filled with codes for the day, maps, charts, and other items pertinent for navigation.”

Hain didn’t have a college degree, which was required at the time for aviators. In fact, he had not even ridden in a plane or driven a car. Still, he was intrigued at the thought of flying.

After enlisting in 1942, Hain made it through basic training and was admitted to the Civilian Pilots Training program. At Ball State University Teacher’s College in Muncie, IN, he attended flight school in the morning, then had flight time in the afternoon.

Training in a Piper two-seater Cub was a challenge for Hain who battled motion sickness. “I didn’t want to wash out of the program so I bought Mother Sill’s Seasick Pills,” he said. He studied math and physics to pass the academic sections of the training, then spent three months in a PBY airplane (patrol bomber aircraft) before entering flight training in Corpus Christi, Texas. He received his wings on September 25, 1943.

Believing the Germans were planning to attack the United States mainland, the Navy assigned Hain the task of patrolling the St. John’s area near Jacksonville, Florida, for submarines.

Later, he was transferred to Norfolk, Virginia, for B-24 training. The B-24 was equipped not only with bombs but also with machine guns.

By early 1944, Hain was flying combat missions in the Pacific Theater. “If we encountered enemy fire, I’d fly the plane at 200 knots (230 miles per hour), and the gunner would man the machine gun so it blazed,” he said.

Hain’s crew had a secret way of detecting the location of the enemy. “During a flight, we could hear Japanese music in our radios,” he said. “When the music went off, we knew they had us on their radar.”

One consolation of being pursued was the multitude of Chinese fishing junks in the ocean. “We knew if we crashed into the ocean, they would help us,” he said.

Later that summer, Hain flew over Port Lyautey in Morocco and the Bay of Biscay in Spain. “Our mission was to watch on radar for enemy subs and eliminate them if possible,” he said. He also flew for the Battle of the Philippines in October 1944 and across Saipan and Tinian. 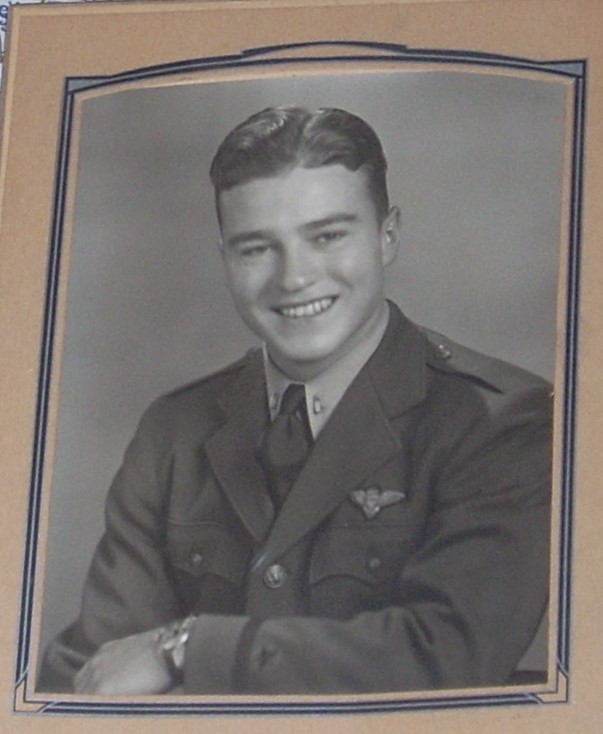 In December 1944 Hain flew over the Bonin Islands, 500 miles southeast of Japan. He bombed Iwo Jima during the terrible battle there in February 1945.

When Hain was discharged on November 1, 1945, he held the rank of Lieutenant Junior Grade. He was presented with several medals and two Distinguished Flying crosses.

This is one of 28 stories in my book, World War II Legacies: Stories of Northeast Indiana Veterans. It contains stories from men/women who served in our nation’s military forces during 1941-1945. You can purchase it here at this site at a discount price of $15.00. It is also available on Amazon.

The stories are designed to enhance each reader’s appreciation of what our ancestors did for us and people around the world during that terrible time of war.