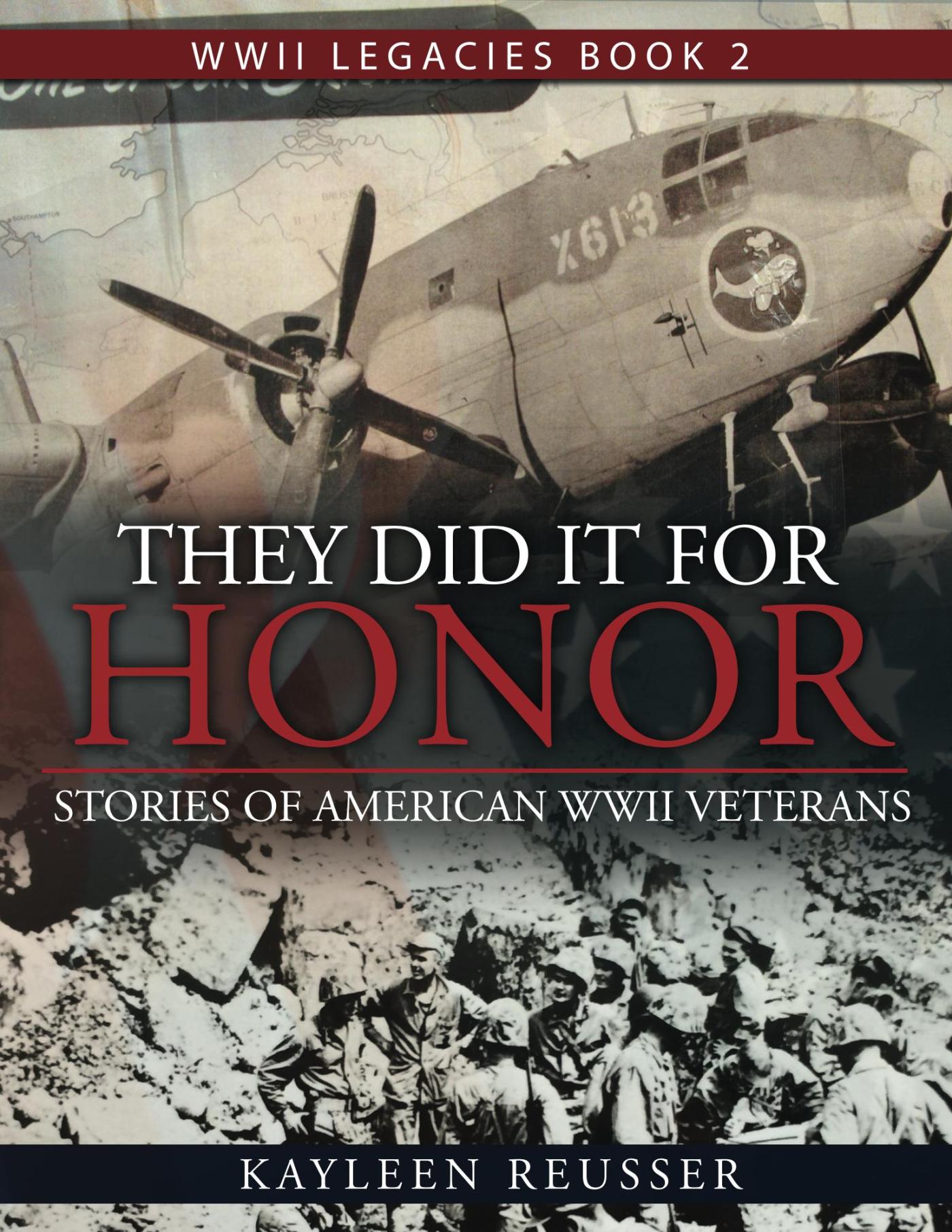 Today is National Adoption Day in the United States. I am providing a behind-the-scenes look at the adoption of one of the 260 World War II veterans I’ve interviewed. Much of this was not printed in the book which contains his story, They Did It for Honor: Stories of American WWII Veterans, due to space restraint.

Charlie Conrad was born in 1927, presumably somewhere in Indiana. He didn’t know much about his parents or early life. He was placed in an orphanage in Mexico, Indiana. At age 4 he was adopted by Joseph and Cora Conrad.

The Conrads lived in Urbana, Indiana, a tiny town south of North Manchester. A natural brother and sister sometimes visited Charlie, but for the most part Charlie created a new life with his parents. His natural brother would later serve at D-Day with the Screaming Eagles where he was injured and again at the Battle of the Bulge, but survived the war.

Charlie’s adoptive father had served in the Army in WWI. Later, he got involved in politics.

When Charlie was 16 years old, he tried to enlist in the Army but was told he had to be 18. During our interview, Charlie told me, “I looked down the hall at the Navy recruiting office. They took anybody who was breathing!”

Charlie enlisted in the Navy. This upset his mother but made his father proud. Overall, Charlie believed he had been raised by good people and was thankful to them for taking him in.

Now for excerpts from Charlie’s story in my book, They Did It for Honor: Stories of American WWII Veterans:

“Every minute of every day I knew someone was trying to kill me,” said Charlie Conrad. “And we were doing the same.

With no high school diploma Conrad was assigned as a fireman aboard the USS Farquhar DE-139. “We were a destroyer escort,” he said. “Our job was to chase and sink German subs across the Atlantic.”

He later became a cook. Though not paid much, Conrad loved the job. “I got to eat a lot!” he said.

Every crew member was trained for duties during battle. “I manned 20-mm and 40-mm fantail guns outside the galley door,” he said.

Conrad was aboard the USS Farquhar DE-139 in early May 1945 when the crew scored one of the most significant naval offenses during World War II — the sinking of German submarine U-881.

The Farquhar was part of an American convoy consisting of a carrier, USS Mission Bay CVE-59, and two other destroyers: USS Douglas L. Howard DE-138 and the USS Hill DE-141.

The trio of destroyers had been at Argentia, Newfoundland, for refueling and supplies. On April 24, 1945, the USS Frederick C. Davis DE-136 was torpedoed and sunk by German submarine, U-546. Commanded by Dr. Heinz Frische, the German submarine was one of a deadly force of underwater vessels that had sunk approximately 2,779 Allied vessels during the past four years.

Operating around the southern part of the Grand Bank of Canada, the U-881 hoped to torpedo another American ship in the icy waters of the North Atlantic, despite many German subs returning to the safety of the waters around Europe. The decision of the U-881 to remain in the area would be one of its last.

On May 2, the Farquhar and other ships in the convoy left Newfoundland to scout the waters along America’s east coast. When the U-881 honed in on the group, Frische decided to attack the Mission Bay, closing in on the sub at 1,200 meters.

The sub was detected and Lt. Lloyd R. Borst of the Farquhar ordered that depth charges be detonated.

The Farquhar dropped 13 depth charges. A sonar buoy released at 0527 hours registered several violent explosions, but the Farquhar’s crew was uncertain as to the exact cause.

The entire division searched the area for the next 12 hours for signs of the U-881’s sinking. When no evidence of the U-boat was ever found, it was presumed sunk without leaving any trace. The search was called off.

Loving the naval life, Conrad re-enlisted and served 17 years. Read more about him and dozens of other American World War II veterans in, They Did It for Honor: Stories of American WWII Veterans. It is available on Amazon.

Thanks to every veteran reading this for your service!

Thanks to Marc Tepe for pointing out a couple of errors in this post. His grandfather, William Glass, was killed aboard the USS Frederick Davis, along with 114 other sailors. His website, www.ussfrederickdavis.com, is dedicated to the ship and crew.