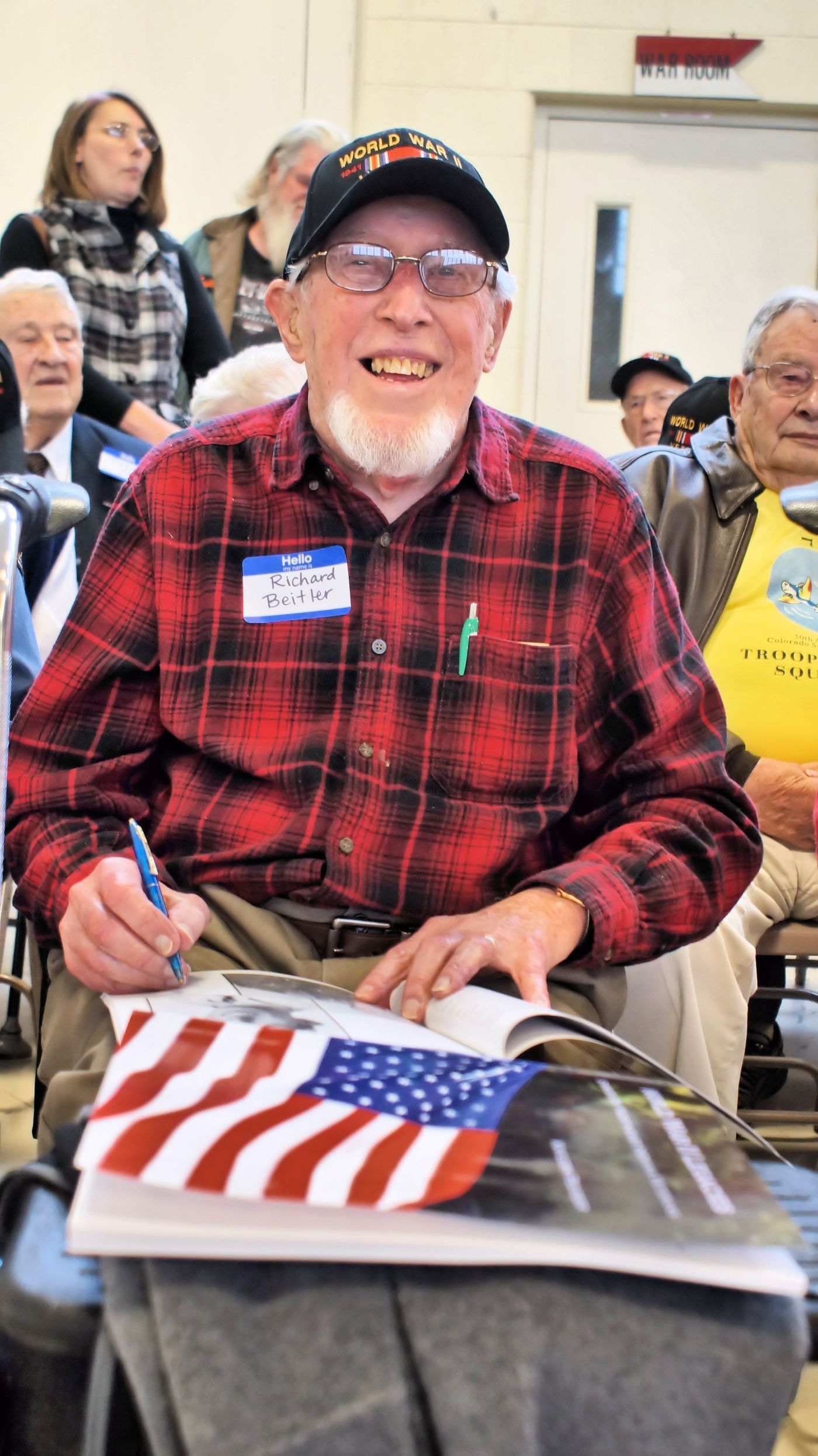 Two World War II vets from my book have passed away recently.

Carl Mankey, one of the few World War II Marines I’ve interviewed and one of the 28 WWII vets whose stories are featured in my book, died on April 6, 2016. Here is a portion of his story: 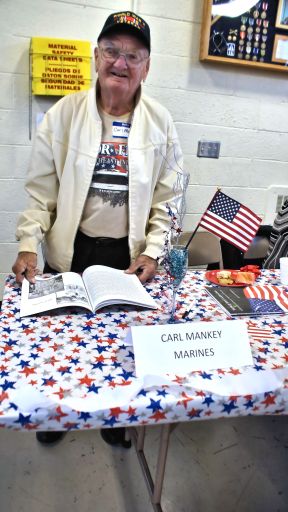 In June 22, 1944, Marine Private First Class Carl Mankey led 20 men from his squadron up a mountain in Saipan in the Mariana Islands. Mankey’s goal was to destroy a Japanese machine gun nest that had fired for hours on Allied troops. Disregarding heavy fire from the enemy, Mankey moved into the open to shoot with his rifle and throw grenades, hoping to disrupt the firing. Failing to hit the target, Mankey refused to give up. Later, he returned to the machine gun nest, repeating his brave actions. This time he completely destroyed it.

Carl was one of the first World War II vets I ever interviewed about four years ago at his home.

He had a nice small house with an American flag waving in the front yard. Someone had suggested he had a good story and I was looking for something to fill another week of my column in the Ossian Sun Riser.

Little did I know how much that story would come to mean to me.

Carl told me his story, using a lot of words I had never heard of—Tinian, Tarawa. They were islands in the Pacific. He told me he was injured once, healed and sent back to fight. I thought once a soldier was injured, he went home. First lesson.

Then he showed me his two Purple Hearts and explained they had been awarded for his two injuries. Wow! He had been injured a second time and lived to tell about it!

Carl was a small quiet man so it was hard to imagine him taking out a sniper nest, but I absolutely believed he did it if he told me he did. I got the sense he would not brag on himself.

After hearing his story, I went home and thought, “Gosh it’s too bad more people won’t have the opportunity to hear his story. It’s so amazing!”

As I began to interview more and more World War II vets, it came to me to put a book together about their stories. Carl’s story is in my first volume, World War II Legacies: Stories of Northeast Indiana Veterans.

I visited him a few times after the book was released. His family was proud of him and turned out in numbers for our book launch. A family member took him on the Honor Flight of Northeast Indiana which he loved.

Carl died in his home. Thanks, Carl, for your support. I’ll miss you. 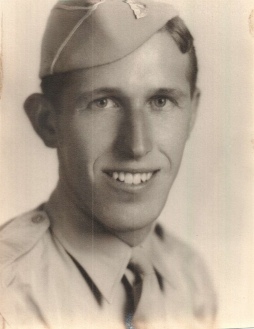 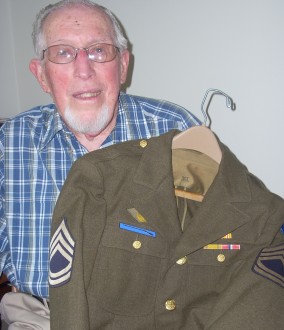 Dick Beitler passed away on April 17, 2016. He was a godly man who was forced to fight in some extreme battles with the Army in the Pacific. Here is the introduction to his story in my book:

On Leyte Island in the Philippines American soldiers reconnoitered in the Bataan Mountains. It was January 1945 and American forces were trying to recapture the Bataan peninsula from the Japanese. All was quiet until the third night. When the enemy began firing, part of my company went to high ground to fight. I stayed in the valley with other soldiers, firing all night. Many Americans were killed in what would be later called the Battle of Zig Zag Pass.

Dick was one of the oldest vets I’ve ever interviewed. He graduated from Berne High School in 1935, years before the US was involved with the war. He worked at a furniture store before and after the war. He and his wife raised six children and he taught Sunday School for 70 years.

At my book launch Dick volunteered to pray for our group and I was nervous and glad to hand him the microphone. He might not have needed it as his voice boomed!

These were both great fellows and I’m privileged to have their stories in my book.

One thought on “Tributes to WWII Vets Mankey, Beitler”